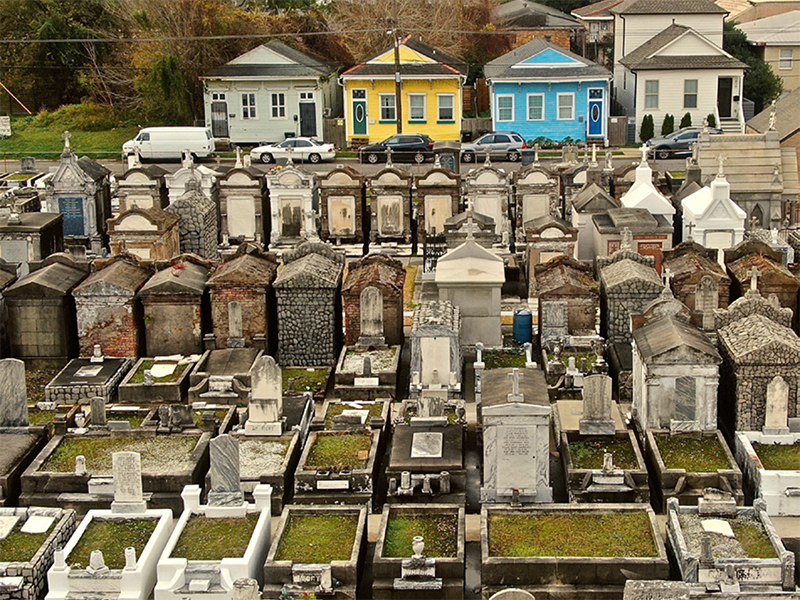 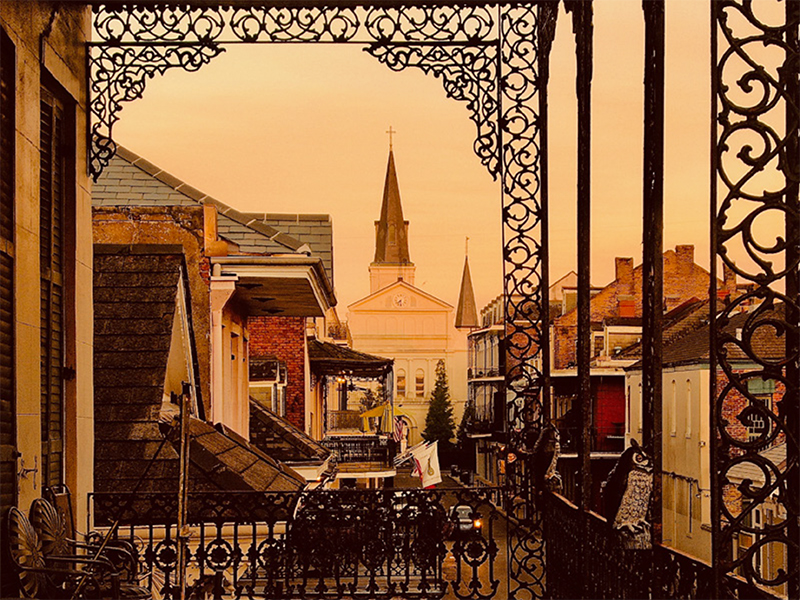 One of multiple photos taken in the French Quarter. (Photo by Marco Rasi)

Tulane University geographer Richard Campanella has more than a dozen books to his name, and he is proud of them all.

But as he thumbs through the pages of Above New Orleans: Roofscapes of the Crescent City (LSU Press), the newly published book he collaborated on with drone photographer Marco Rasi, he is sure there isn’t one more breathtaking.

“Marco is particularly adept at going out at the right time and places to capture truly unique perspectives of New Orleans.”

Richard Campanella, professor in the Tulane School of Architecture


Above New Orleans is the first full-length book of drone photography of the Crescent City, featuring stunning overhead scenes that cover the entire metro area from the French Quarter and Uptown to Gentilly and Gretna. A detailed description written by Campanella accompanies each photo, providing insight into the city’s rich history, geography and architecture.

The aerial images include the gardens at the Beauregard-Keyes House, the roofscapes along Chartres Street towards Jackson Square, St. Claude Avenue in the Faubourg Marigny, Crescent Park in Bywater, the Lower Ninth Ward along the Industrial Canal, Ecclesiastical Square in the Irish Channel and the New Orleans Botanical Garden at City Park.

When Campanella first saw Rasi’s images, he was taken aback – in a good way. What he saw were dramatic bird’s eye views that otherwise would be unobtainable in the often-compact environment of New Orleans.

“Marco is particularly adept at going out at the right time and places to capture truly unique perspectives of New Orleans,” said Campanella, a professor in the Tulane School of Architecture. “I said, ‘Marco, you need to do a book. You need to get these published. These are priceless.’ ”

Rasi, a retired engineer from Florence, Italy, who now makes New Orleans his home, at first passed on the idea. Drone photography was his hobby, and he saw the book-publishing process as work. But he eventually warmed up to the idea, especially when the COVID-19 pandemic left him desperate to get out of his house and do something productive.

“When the virus struck, I thought, ‘Maybe I do need to find something to do. Let me talk to Rich to see what it would take to make a book.’ I went to talk to him —  socially distanced and with masks on — and he described the whole process.”

“He said, ‘Marco, here’s what we can do. You give me your favorite pictures, and I’ll take care of the rest.’ The idea that Rich would take care of everything, including writing the captions and proposing the publication to LSU Press, got me really excited.”

Campanella was equally delighted to work on the book. “We proceeded with a sense of confidence that this was going to happen. Marco gathered all his photos, and we went through a ranking process based on aesthetics and coverage area. We listened to each other. We compromised. And we came up with our list. It was actually kind of fun.”

One of Rasi’s favorites is a photo of a second line parade on the Mississippi River levee in the Lower Ninth Ward. “All the musicians are  marching against a sunset sky. You can only see the silhouette of the musicians and their instruments against the sky. I think that’s an image that would be hard to repeat.”

Rasi is passionate about New Orleans culture, history and architecture, and he credits Campanella with his decision to choose the Crescent City over San Francisco as his retirement home. It was through Campanella’s books that Rasi and his wife — then with three grown children living in the United States — became fascinated with New Orleans.

“I read books about the two cities,” he said. “All the books on New Orleans that were really good were written by Rich. I decided to retire here because of Rich’s books.”

Upon moving to New Orleans in 2015, Rasi asked Campanella if he could sit in on some of his classes in the School of Architecture. Campanella readily agreed, and the two became close friends. During this time, Rasi became interested in urban geography. Having been an amateur photographer for a few years, he set out to learn drone photography as a way of capturing New Orleans in a whole new way.

“I bought a drone and from the first day I flew it, my desire to go to higher ground to see more of New Orleans was totally in my hands,” he said. “But I still don’t want this to turn into a job. I just do it for fun.” 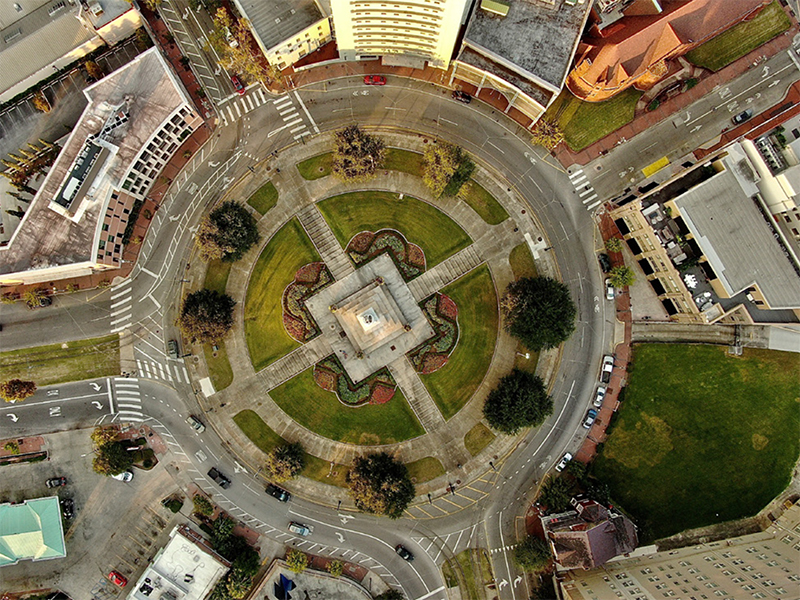 Looking down on what was once known as Lee Circle. (Photo by Marco Rasi)