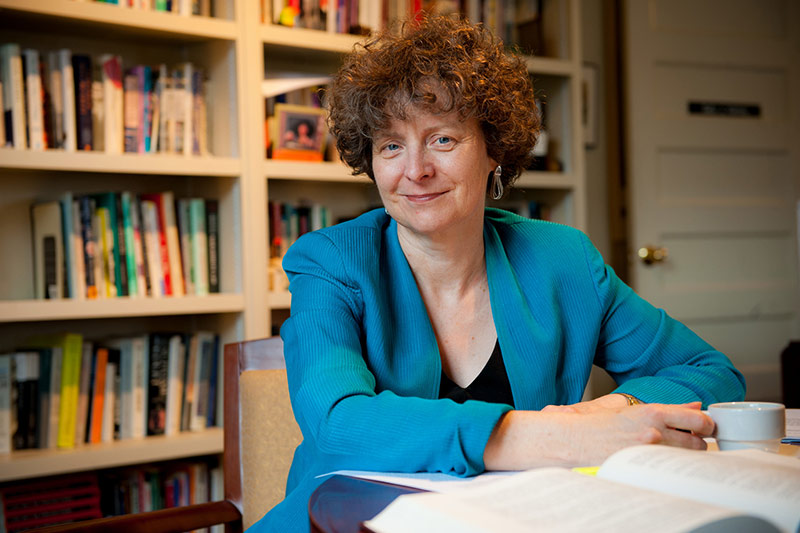 Sally J Kenney, executive director of Newcomb College Institute, co-authored a report that finds the number of women and minority men serving as judges in Louisiana lags behind their representation in the population. Photo by Paula Burch-Celentano.

The judiciary in Louisiana doesn’t reflect the state’s gender or racial diversity, according to a new Tulane University report that finds the number of women and minority men serving as judges lags behind their representation in the population.

Political scientists Sally J. Kenney of Newcomb College Institute at Tulane University and Salmon Shomade of Emory University analyzed racial and gender representation for judges in federal, state and parish courts in Louisiana compared to the most recent U.S. census data. While the report found that the number of women and minorities holding judgeships in Louisiana was similar to many other states, the authors saw little reason to celebrate.

“Just because Louisiana is uncharacteristically average rather than at the bottom of state rankings is no reason for complacency,” said Kenney, executive director of Newcomb College Institute. “We must draw encouragement from the limited success of women and minority men to spearhead a discussion about greater inclusion in all branches of government. We must develop new strategies for achieving genuine equality rather than mere presence, mobilize to ensure that women and minority men do not stay at the lowest ranks, and carefully monitor changes to ensure we do not reverse the progress we have made.”

•    51 percent of Louisiana’s population are women, yet women hold 31.6 percent of all state and federal judgeships based in Louisiana.

•    Racial minorities are 36 percent of Louisiana’s population yet non-whites hold 22.3 percent of all state and federal-level judgeships in the state.

•    In the federal courts based in Louisiana (three U.S. District Courts and the U.S. 5th Circuit Court of Appeals), women constitute 40 percent of all judges while racial minorities are 14.3 percent.

The report will be available at tulane.edu/newcomb.