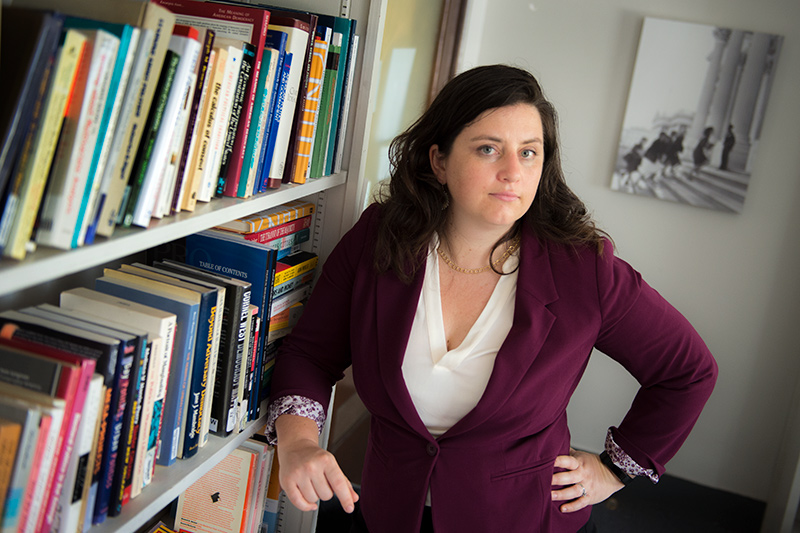 Mirya Holman, associate professor of political science at the Tulane University School of Liberal Arts, is one of three principal investigators on the study. Photo by Paula Burch Celentano.

Researchers from Tulane and University of Notre Dame will be working on a five-year research program with United WE to assess the efficacy of the Appointments Project®, which works to empower women and strengthen communities by increasing gender parity on civic boards and commissions.

The study will evaluate the impact of the Appointments Project® as part of United WE’s mission to advance all women’s economic and civic leadership. The research will focus on the characteristics of board members in cities and the opportunities for women who participate in the program, or serve in an appointed role, to run for and serve in elected office.

“United WE is dedicated to continued research that will help drive gender and racial parity,” said Wendy Doyle, United WE president & CEO. “Over the course of this study, we plan to expand the Appointments Project® nationally to facilitate the appointment of hundreds more women. We are thrilled to join with the researchers at the University of Notre Dame and Tulane University to study the Appointments Project® during this exciting time.”

“While we know that boards play an important role in public policy, we don’t know enough about who is represented on these boards,” Holman said. “We are eager to partner with United WE to evaluate how the Appointments Project® is creating opportunities for women now and in the future.”

The Appointments Project’s approach to diversifying boards and commissions has been driven by evidence-based research since its inception. In 2014, United WE commissioned a landmark study about the barriers that keep women from serving in civic leadership roles. In the years since, United WE’s Appointments Project® has facilitated 175 appointments and conducted programming in 36 cities, including cities across Kansas and Missouri like Kansas City, St. Louis and Wichita, as well as scaling in cities such as Austin, Fort Worth, Oklahoma City, Pittsburgh, Pa., Richmond, Va. and South San Francisco. Approximately 16% of Appointments Project® appointees and 37% of registrants are women of color.

“This research has the potential to identify the determinants of women’s civic and political participation beyond knowing that it lags behind those of men,” Wolbrecht said. “A multi-year study gives us the opportunity to observe how participation in the Appointments Project® impacts the trajectory of individual appointees, and how they in turn affect the cities where they serve.”

To learn more about the Appointments Project® visit www.united-we.org/appointments-project.