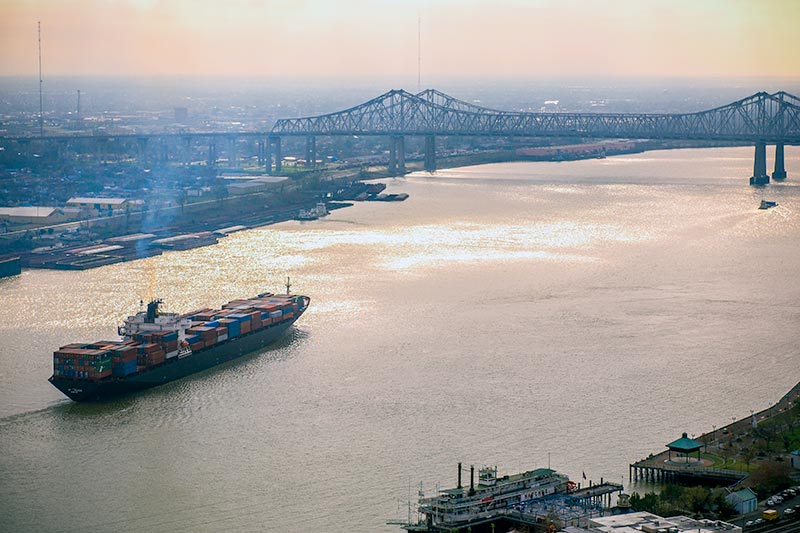 Tulane's new Department of River-Coastal Science and Engineering will educate a new breed of scientists, engineers, planners and decision-makers. (Photo by Paula Burch-Celentano)

The Tulane University School of Science and Engineering has created a first-of-its-kind academic department dedicated to research and education in river-coastal issues.

“Improving our understanding of river-coastal systems is vital today in order to find protection and restoration solutions to the acute problems resulting from rising sea levels, climate change and the effects of destructive storms,” said Tulane Earth and Environmental Sciences professor Mead Allison.

Allison will chair the new Department of River-Coastal Science and Engineering, which will be dedicated to  “educating a new generation and new breed of scientists, engineers, planners and decision-makers,” Allision said. “This means the new department will play an important role in workforce and economic development in our region.”

"The resilience of coastal areas worldwide is threatened in the 21st century by diverse issues, including accelerating rates of sea level rise, changing climate and destructive storms."

Mead Allison, Tulane professor and chairman of the new Department of River-Coastal Science and Engineering

The department will be unique in that it will focus on the world’s river, deltaic and coastal systems using a combined science and engineering approach. It will recognize the linkages among these settings – such as the effects of engineered structures like river dams – on the health of deltas and the adjacent coast.

Undergraduate and graduate degree programs will also be developed that reflect this holistic approach to understanding these river and coastal systems, where a large portion of the global population lives and which are critical economically and as a natural resource.

The  department will begin offering classes in the spring semester of the 2017-18 academic year.  The first year will also be spent on strategic planning to define the department’s exact mission and what degree programs it will offer, and to formulate a faculty hiring plan.

The faculty will also include Professor Ehab Meselhe, a renowned coastal engineer and technical leader in the development of Louisiana’s Master Plan for Coastal Protection and Restoration. Both Allison and Meselhe will hold joint appointments with the Water Institute of the Gulf in Baton Rouge, marking the close relationship being developed between the two organizations. The Department will also collaborate with the Tulane ByWater Institute, founded in 2016 to serve as a center for applied research and outreach in river-coastal issues across Tulane’s  schools.