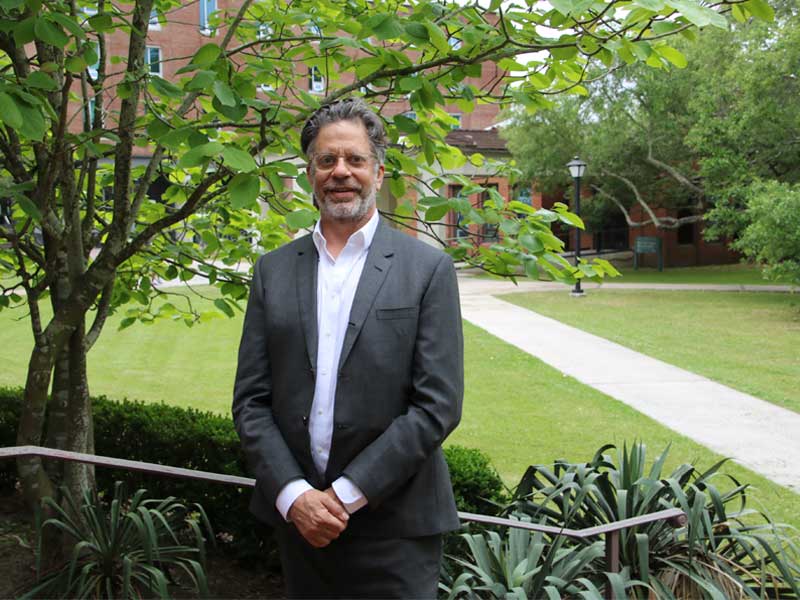 Tulane alumnus and film producer Robert Fyvolent won an Oscar for Best Documentary Feature for "Summer of Soul (… Or, When the Revolution Could Not be Televised)."

The Tulane University School of Liberal Arts Class of 2022 diploma ceremony will feature a presentation of the Distinguished Alumni Award to film producer Robert Fyvolent, who will then deliver an address. The undergraduate ceremony begins at 11 a.m. on Friday, May 20th in Yulman Stadium.

Established in 2021 by Dean Brian Edwards, the Distinguished Alumni Award recognizes notable achievement or career distinction in the arts and/or in promoting positive social change. It also commends support for the values of a liberal arts education, and the mission of the School of Liberal Arts.

A 1984 Tulane graduate in political science, Robert Fyvolent works as an attorney, film producer and screenwriter in Los Angeles. After receiving his bachelor’s degree from Tulane, Fyvolent attended Loyola Law School, and earned a J.D. from South Texas College of Law.  During one summer of law school, he completed NYU’s Tisch School of the Arts’ Intensive Film Workshop—the beginning of a unique career across the legal and creative lanes of the film industry. Fyvolent was an attorney with the Walt Disney Company and Sony Pictures Entertainment before becoming Head of Business and Legal Affairs at the independent Newmarket Films.

"My academic interests, and eventually my study of the law, helped me recognize the importance of using the Harlem Cultural Festival music and footage to tell this story about lost history and the fight for civil rights.”

This spring, Fyvolent achieved the rare accomplishment of a double Oscar-Grammy win for Summer of Soul (… Or, When the Revolution Could Not be Televised), for Best Documentary Feature and Best Music Film, respectively. The film also took home the top prize at the BAFTAs, Producer’s Guild Awards, Independent Spirit Awards and Critics’ Choice Awards.

Using a combination of found footage of the music festival, stock news and archival footage and modern-day interviews to provide historical and social context, the documentary tells the story of the 1969 Harlem Cultural Festival, which was attended by over 300,000 people of color. Despite iconic performers like Stevie Wonder, B.B. King, Nina Simone and The Staples Singers, the outdoor concert series in Upper Manhattan was widely overshadowed by Woodstock that same summer in Bethel, New York. The Harlem footage, shot by television veteran Hal Tulchin—who had high hopes for its future—was rejected by all the major networks, and consequently sat in Tulchin’s basement for 50 years until being discovered by Fyvolent. Even then, the film went back and forth in production and deals for another 15 years before its final development and release as Summer of Soul in 2021.

Robert Fyvolent’s recent success is preceded by an extensive film industry resume, with credits in legal, writing and producing capacities across titles such as Memento, Cruel Intentions, and The Prestige. Despite going straight into law following his undergraduate education in the liberal arts, the lawyer-producer was always interested in the creative side of the film industry. He credits his time living in New Orleans for his musical education—specifically, his appreciation of the music featured in Summer of Soul— and his liberal arts education at Tulane as the foundation for his skill in applying critical thinking across professional disciplines.

“Summer of Soul uses different genres of music as the vehicle to explain and contextualize the social and political changes happening in Harlem and beyond in 1969. All my appreciation of the music in the documentary, from Motown, to gospel, funk, and jazz, started with my exposure to artists like The Meters, Neville Brothers, Dr. John, Allen Toussaint, and others.”

Presented annually, the Distinguished Alumni Award aims to recognize those who can inspire new graduates and demonstrate the benefits of a liberal arts education. Its inaugural recipient was sci fi and fantasy writer N.K. Jemisin (’94), in acknowledgement of her attention to so many of the key issues of our time—from environmental crisis to resistance to structures of oppression—that echo throughout her speculative fiction epics.

Fyvolent visited campus in March for a special screening of Summer of Soul in the Woldenberg Art Center’s Stone Auditorium, courtesy of distributor Searchlight Pictures. Curator Melissa A. Weber of the Hogan Archive of New Orleans Music, Tulane University Special Collections, conducted a brief interview and Q&A with Fyvolent following the film. Fyvolent also spent time with Dean Edwards on the visit, discussing the value of the liberal arts to a successful career in the creative industries.

A full interview with Fyvolent will be featured in the Tulane School of Liberal Arts Magazine, coming Summer 2022. The digital version of the issue will be available at https://liberalarts.tulane.edu/news-events/publications