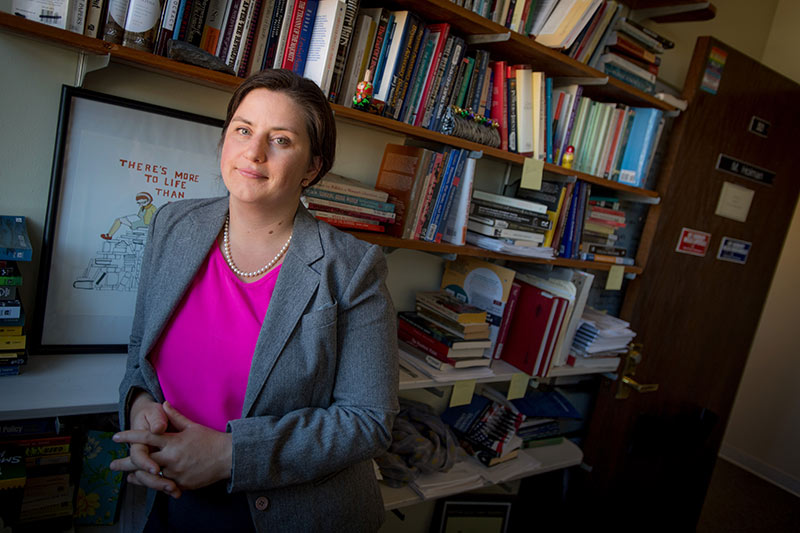 Negative campaign ads, a staple of modern elections, may hurt female candidates, especially Democrats, more than men, particularly when they accuse women of not following feminine stereotypes, according to a new study co-authored by a Tulane University researcher.

The study, published online in the journal Political Behavior, counters the notion that female candidates must focus on proving that they’re “tough enough” to hold political office. Voters actually hold them more accountable for stereotypically feminine traits and policy issues.

“We know that voters are concerned about women being strong enough leaders. But the takeaway of this research is that’s not enough,” says co-author Mirya Holman, associate professor of political science at Tulane. “They also need to portray themselves as caring, working well with others and compassionate. They need to both be a strong leader and work well with others. Male candidates don’t necessarily have to be both of those things. Women who run for public office have to, in many ways, be all things to all people.”

“If you are running against a woman, saying that she is not a strong leader and saying that she doesn’t work well with others is going to be a gut punch and really have a negative effect on voters’ evaluation of her.”

Holman and Erin Cassese of West Virginia University asked study participants to read mock newspaper articles about a candidate attacking an opponent in a state senate primary. The articles varied the gender and party of the attacked candidate as well as the attacks based on typically masculine or feminine issues and traits. In the study masculine trait attacks were considered not being assertive or a strong leader; feminine trait attacks included not being helpful or easy to work with. The gendered issue attacks were education (feminine) and public safety (masculine). Study participants were asked about their likelihood of voting for each candidate after reading the articles.

Negative attacks were effective in harming most candidates but voters judged women more harshly, especially when women were attacked on stereotypical strengths.

“We found that the Democratic woman was the most harmed across all of these different kinds of attacks,” Holman says. “That’s really important because the vast majority of women who run for office in the United States run as Democrats.”

Researchers suspect the attacks had a greater effect on Democrats because voters expect the party to excel in stereotypically feminine policy issues such as education and health care.