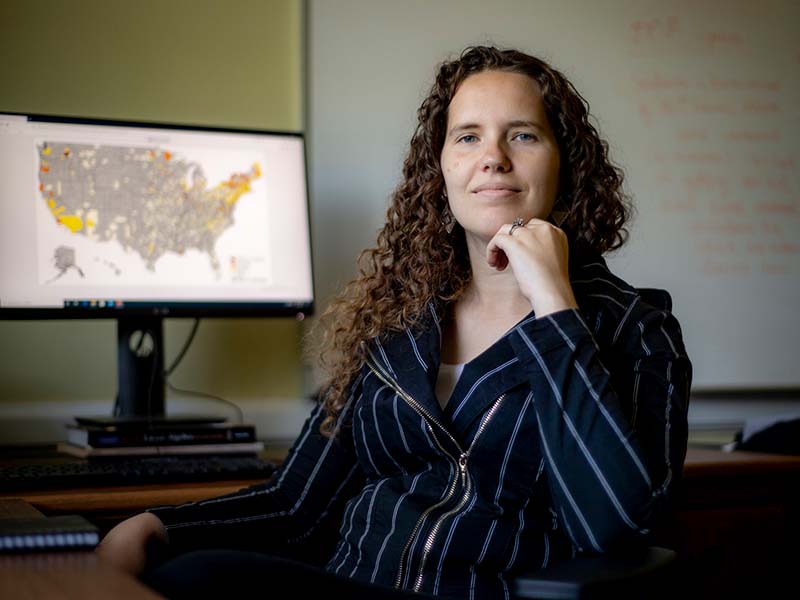 While tuition at public universities across the nation has risen dramatically in recent years, increases in financial aid have kept pace to keep college more affordable for students from lower-income families, according to a new Tulane University study.

Researchers Emily Cook, an assistant professor of economics at Tulane University School of Liberal Arts, and Sarah Turner, an economics professor at the University of Virginia, found that tuition increases at public universities are hitting high and upper-middle-income families the most, while low- to middle-income families are receiving increases in aid that, in many cases, completely offset increases in tuition. Their study is forthcoming in the journal Economics of Education Review.

“Improving college access for students from low-income families is a persistent challenge for education policy, and an important one because these students may see the greatest gains from college attendance.”

The authors’ research investigated recent trends in pricing at public universities with a focus on four-year universities. They used data from 2008-09 to the 2018-19 academic years and found that public research universities have increasingly shifted to a “high-tuition, high-aid “pricing model.

The research also found that price discrimination, the practice of offering varying tuition discounts based on families’ income and needs, has increased at research-heavy universities in the last decade. The “high-tuition, high-aid” model used by public research universities allows them to engage in more price discrimination by family circumstances than do non-research four-year institutions.

“This research should help inform the national discussion over college tuition policy at public universities. Our findings imply that free college would affect prices paid by middle- and upper-income families more than the prices paid by lower-income families. Yet, there are many other factors in this debate, such as how low-income families are aware of existing aid programs. If students are unaware of aid programs, high tuition may deter applications from low-income families, even at universities that offer substantial need-based institutional aid. One solution to this concern would be to improve information about prices by income level,” Cook said.

According to Cook, there is widespread interest in making college affordable and accessible because higher education can improve individual outcomes (such as health and wages) and societal outcomes (such as intergenerational mobility and economic growth).

“The popular press often highlights increases in college tuition when talking about higher education affordability. However, our results show that tuition net of grant aid for those least likely to afford college have not risen at the same rate as tuition and have even declined at the most resource-intensive universities,” Cook said.