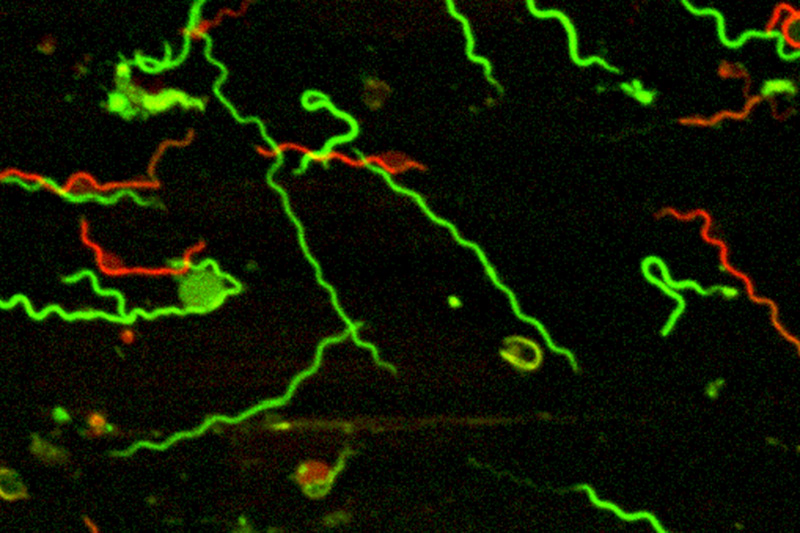 The bacteria that causes Lyme disease can survive in organ tissue after treatment with a full course of antibiotics months after infection, according to a new primate study of the disease by Tulane University researchers.

The study results, which were published in the peer-reviewed journals PLOS ONE and American Journal of Pathology, seem to support claims of lingering symptoms reported by some patients who have received antibiotic treatment for the disease.

Researchers at Tulane National Primate Research Center studied 10 primates exposed to ticks carrying Borrelia burgdorferi, the bacteria that causes Lyme disease. Four months after infection, half of the animals received the antibiotic doxycycline orally for 28 days at a proportional dose to that used in human patients.  Five animal subjects remained untreated and all were evaluated by more than five different diagnostic methods to characterize any remaining infection. The researchers used several important techniques, including xenodiagnoses, to determine if the bacteria persisted.

The study measured antibody immune response to the bacteria both before and after treatment, which is how current diagnostics typically evaluate Lyme disease in humans. Living B. burgdorferi spirochetes were found in multiple organs after treatment with doxycycline.  Immune response to the bacteria varied widely in both treated and untreated subjects.

“It is apparent from these data that B. burgdorferi bacteria, which have had time to adapt to their host, have the ability to escape immune recognition, tolerate the antibiotic doxycycline and invade vital organs such as the brain and heart,” said lead author Monica Embers, assistant professor of microbiology and immunology at Tulane University School of Medicine. “Although current antibiotic regimens may cure most patients who are treated early, if the infection is allowed to progress, the 28-day treatment can be insufficient, based on these findings.”

The study was funded by the National Institutes of Health, the Bay Area Lyme Foundation, and the Steven and Alexandra Cohen Foundation.