Study looks at link between ice sheet and climate change 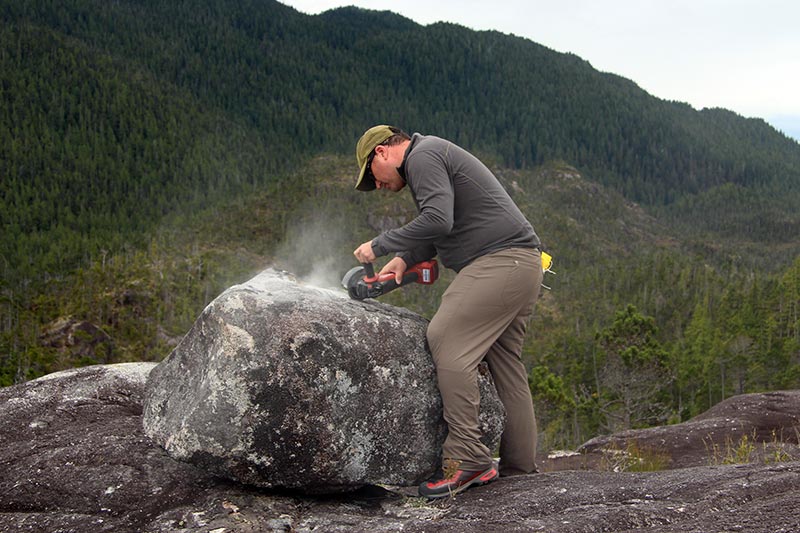 A Tulane University geologist is among a team of scientists studying an ancient Canadian ice sheet to determine if its collapse could be a preview of future climate change.

Brent Goehring, an assistant professor in the Tulane Department of Earth and Environmental Sciences, conducted the study of the Cordilleran Ice Sheet in western Canada with researchers from the University of Northern British Columbia and several other universities.

Published Nov. 9 in the journal Science, the study says the Cordilleran Ice Sheet, which during the Last Ice Age covered large parts of western Canada, melted earlier than previously believed.

"If the Cordilleran Ice Sheet collapsed that rapidly it could also happen to Greenland as the climate and oceans warm even more rapidly and to ever higher levels."

“We are using one of the larger ice sheets to exist during the last ice age and its behavior to help predict what might happen to the Greenland and Antarctic Ice Sheets that exist today,” Goehring said.

One of the indicators has to do with the commonly held view that an ice sheet melts from its edges into its center.

“We recognized that there were features and forms left behind by the ice sheet that could only have formed if the Cordilleran Ice Sheet collapsed in a rapid and very widespread manner,” he said. A rapid and widespread collapse suggests that ice sheet responses are more sensitive to climate change than previously thought.

To test this concept, researchers had to determine if all of the features they recognized were the same age. For his part, Goehring used a technique that relies on the presence of rare isotopes, which are only produced within rocks by cosmic rays originating from such things as supernovae.

Results showed that features of varying size and located well within the edges of the ice sheet were indeed all the same age and older than previously thought, he said. For these features to be the same age and in the middle of the ice sheet, it had to collapse rapidly in a few hundred years and over a wide area and then regrow as the climate coming out of the last ice age wavered between climate states.

“If the Cordilleran Ice Sheet collapsed that rapidly it could also happen to Greenland as the climate and oceans warm even more rapidly and to ever higher levels,” he said.