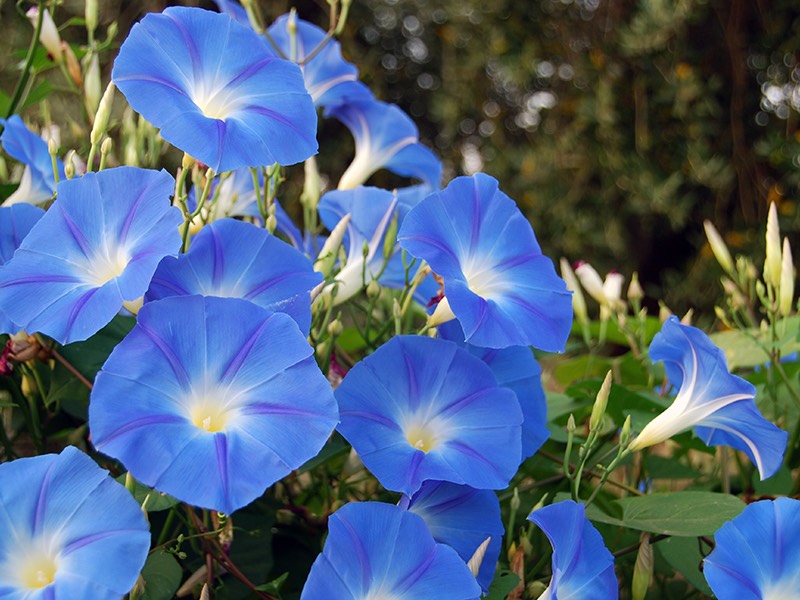 Indigenous peoples of Mexico have been using morning glories for thousands of years for cultural and spiritual rituals.

Thanks to a symbiotic fungus, many species of morning glories contain elements of powerful psychedelic drugs, according to a new Tulane University study published in the journal Communications Biology.

The seeds of the common tropical vine, whose namesake trumpet-like blooms only open in the morning, contain compounds that could be useful for treating mental and physical diseases as well as promoting well-being, said plant and fungal biologist Keith Clay, chairman of the Tulane Department of Ecology and Evolutionary Biology.

Researchers from Tulane, Indiana University and the West Virginia University obtained samples of morning glory seeds from worldwide herbarium collections and screened them for ergot alkaloids, a compound associated with the hallucinogenic drug LSD, but which have also been used for treating migraine headaches and Parkinson’s disease.

Many morning glory species contain high concentrations of bioactive ergot alkaloids that are produced by specialized fungal symbionts passed down from mother plant to offspring through their seeds. Researchers found that one-quarter of over 200 species tested contained ergot alkaloids and were therefore symbiotic.

“The symbiosis and ergot alkaloids are specific to particular branches of the morning glory evolutionary tree, and each branch contains different ergot alkaloids and alkaloid mixtures,” Clay said.

Named for the ergot fungus responsible for deadly outbreaks of Saint Anthony’s Fire, a disease caused by ingestion of the fungus, in the Middle Ages, ergot alkaloids have had long and convoluted association with humans. The best-known ergot alkaloid is LSD, a synthetic derivative of naturally occurring ergot alkaloids in morning glories produced by their fungal partners.

Historically, such alkaloid compounds have been used by indigenous peoples of Central and South America for their effects on the human mind and for regulating human reproduction. More recently they have been used for obstetric issues during labor and delivery and for treatment of migraine, Parkinson’s and other maladies.

“We have known a lot about the fungal alkaloid chemistry and its effects on the mind and body for long time,” Clay said. “Our study is the first to show how highly coevolved morning glories and their symbiotic fungi are, and that coevolution is manifested by different mixtures and concentrations of ergot alkaloids across the morning glory evolutionary tree.”