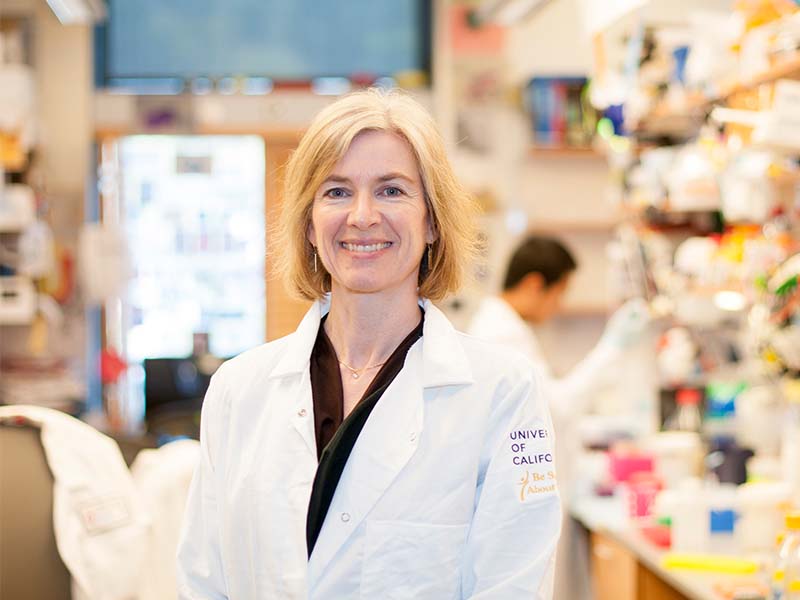 Jennifer A. Doudna, who won the 2020 Nobel Prize in chemistry, is the subject in Tulane professor and author Walter Isaacson’s new book – The Code Breaker: Jennifer Doudna, Gene Editing, and the Future of the Human Race (Photo by Keegan Houser) 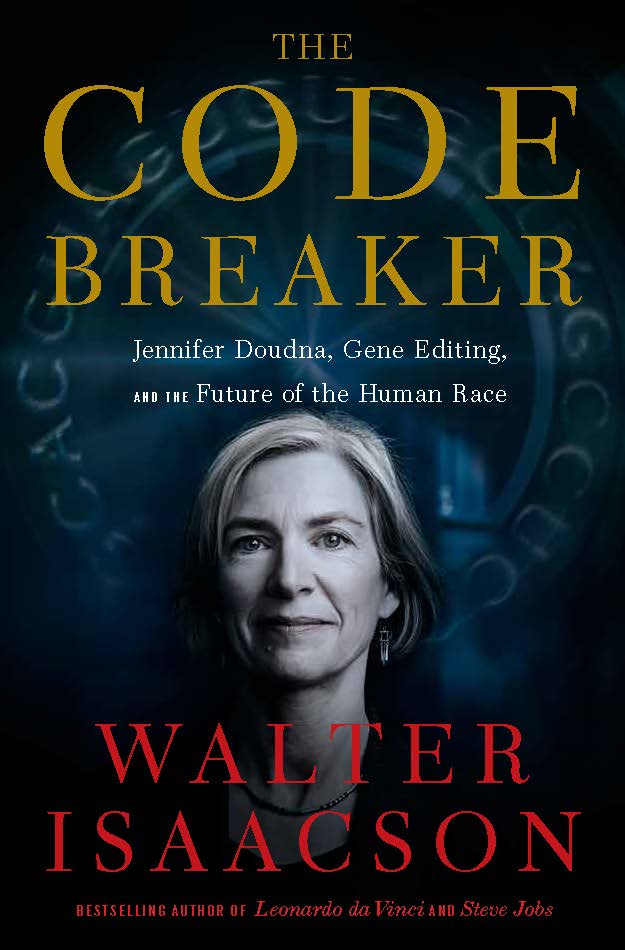 Walter Isaacson’s upcoming book about Doudna’s use of CRISPR technology will debut in March 2021.

Tulane professor and author Walter Isaacson knew that the world-changing work of biochemist Jennifer A. Doudna was on par with the subjects of his previous books that include biographies of Leonado DaVinci and Steve Jobs. The Royal Swedish Academy of Sciences underscored this sentiment in a big way last week by awarding the 2020 Nobel Prize in chemistry to Doudna, the central subject of Isaacson’s new book. Doudna shared the prestigious honor with her colleague, Emmanuelle Charpentier, for the co-development of CRISPR-Cas9, a genome editing breakthrough that has revolutionized biomedicine.

Isaacson’s upcoming book– The Code Breaker: Jennifer Doudna, Gene Editing, and the Future of the Human Race– will debut on March 9, 2021. The book provides a gripping account of how Doudna and her colleagues launched a revolution with CRISPR technology that will help cure diseases, fend off viruses and have healthier babies.

"The development of CRISPR and the race to create vaccines for coronavirus will hasten our transition to the next great innovation revolution."

“I was hoping that Doudna would win, so I set my alarm for 5 a.m. so that I could hear the Nobel announcement live,” Isaacson said. “I let out a whoop when I heard it, and then called her immediately and also Emmanuelle Charpentier in Berlin. Over the weekend, I made it the last chapter in my book.”

Walter Isaacson’s upcoming book about Doudna’s use of CRISPR technology will debut in March 2021.

Doudna and Charpentier, a French microbiologist, discovered one of gene technology’s sharpest tools: the CRISPR/Cas9 genetic scissors. Using these, researchers can change the DNA of animals, plants and microorganisms with extremely high precision. This technology has had a revolutionary impact on the life sciences, is contributing to new cancer therapies and may make the dream of curing inherited diseases come true.

“CRISPR is especially relevant in this year of the coronavirus. The gene-editing tool that Dr. Doudna and Dr. Charpentier developed is based on a virus-fighting trick used by bacteria, which have been battling viruses for billions of years. In their DNA, bacteria develop clustered repeated sequences, known as CRISPRs, that can remember and then destroy viruses that attack them. In other words, it’s an immune system that can adapt itself to fight each new wave of viruses — just what we humans need in an era that has been plagued by repeated viral epidemics,” Isaacson said in an Opinion piece for the New York Times.

Isaacson, the Leonard A. Lauder Professor of American History and Values in Tulane’s School of Liberal Arts and co-chair of The New Orleans Book Festival at Tulane University, is the acclaimed biographer of numerous bestsellers, including, most recently, Leonardo da Vinci and Steve Jobs.

“The development of CRISPR and the race to create vaccines for coronavirus will hasten our transition to the next great innovation revolution. The past half-century has been a digital age, based on the microchip, computer, and internet. Now we are entering a life-science revolution. Children who study digital coding will be joined by those who study the code of life,” Isaacson said.