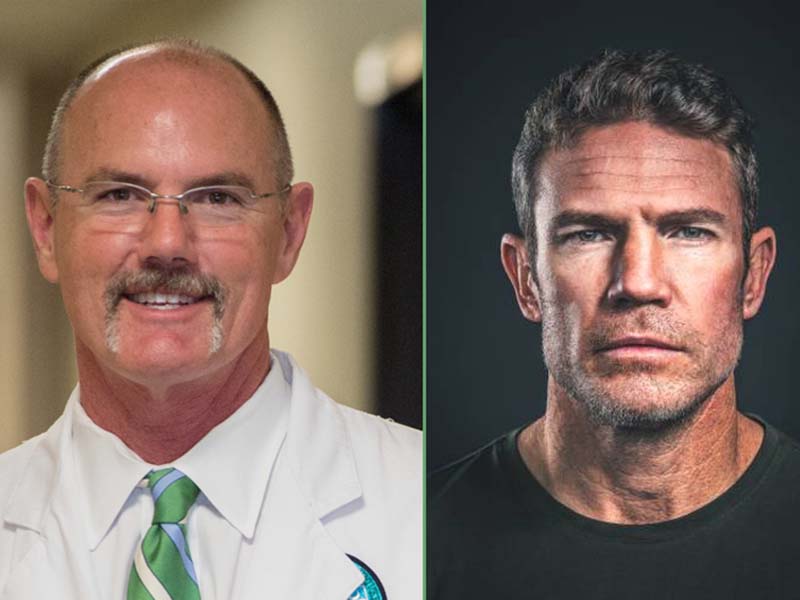 Access to quality healthcare often determines how well military veterans and former professional football players transition to a “normal” life after serving in very different professions that are both physically and mentally demanding.

Two groups with shared goals and resources, Tulane University’s Center for Brain Health (TUCBH) and Merging Vets & Players (MVP), has formed a national partnership to support and serve these unique individuals. They plan to establish an MVP Chapter in New Orleans to help veterans and former professional football players with educational opportunities, community events and much more.

“This will be a true partnership because both groups care for these populations— physically, mentally, emotionally and spiritually,” said Dr. Greg Stewart, medical director of the TUCBH and the W. Kennon McWilliams Professor of Sports Medicine in Orthopedics. “We are still working hard to get the word out about our programs and how we serve both military veterans and former NFL players. We hope this chapter will bring individuals together to share their stories and experience with others. Word of mouth is the most powerful testimonial.”

We hope this chapter will bring individuals together to share their stories and experience with others. Word of mouth is the most powerful testimonial.”

“What we want to achieve at MVP is to expand and grow our narrative and membership and be available to support military veterans and athletes across the country,” said Nate Boyer, MVP co-founder and former Green Beret and Seattle Seahawks player. “Working with a university with such a tremendous reputation as Tulane University is a great opportunity. Most of our other chapters are sponsored by individual donors or corporations, which is great, but this is a unique situation. An opportunity to have a presence in a place like New Orleans, a great sports town with a high number of veterans, it makes so much sense to have a chapter there.”

Founded in 2015 by Fox Sports NFL insider Jay Glazer and Boyer, MVP was created to address the challenges that combat veterans and former professional athletes face in transition once the uniform comes off. MVP empowers and provides veterans and former professional athletes with a new team to assist with the transition, promote personal development and show them they are never alone.

In addition to his role at MVP, Boyer made his directorial debut and starred in “MVP: The Real Battle Begins When the Uniform Comes Off,” a dramatization of the formation of MVP. Executive produced by Sylvester Stallone, the film features military veterans and former professional athletes in front of and behind the camera.

TUCBH and MVP will host a movie screening at 6 p.m., on Oct. 26, at the Prytania Theatre Uptown (5339 Prytania Street). Click here to purchase movie tickets. All ticket sales will support the opening of a future chapter of MVP in the New Orleans area. Boyer and Stewart will host a Q&A with the audience after the movie.

“MVP was created for camaraderie, to give our combat vets, our heroes and professional athletes a new locker room because life can be scary when you lose that locker room. We figured, hey, combat vets look up to pro athletes, and pro athletes look up to combat vets, so let's put them together and give them a new team. I know they do two completely different things with their jobs, but the struggle is incredibly similar when the uniform comes off. So, let's have them build each other up, and when we put them together, the results have been absolutely magical,” Glazer said.

The partnering of MVP and the Center for Brain Health arose from a friendship that began several years ago between Eric Beverly, director of operations for TUCBH, and Boyer at The University of Texas. Beverly, a former NFL player, was the assistant athletics director for student services. Following his military career, Boyer was a long snapper on the Longhorn football team. The two reconnected earlier this year, which led to this new collaboration.

“When MVP began in 2015, I paid close attention to the organization because I had former teammates involved in chapters around the country. Through our work at Tulane with former NFL players via The Trust and now in the Tulane University Center for Brain Health, I saw the importance of engaging with MVP to bring these two groups together officially,” Beverly said.