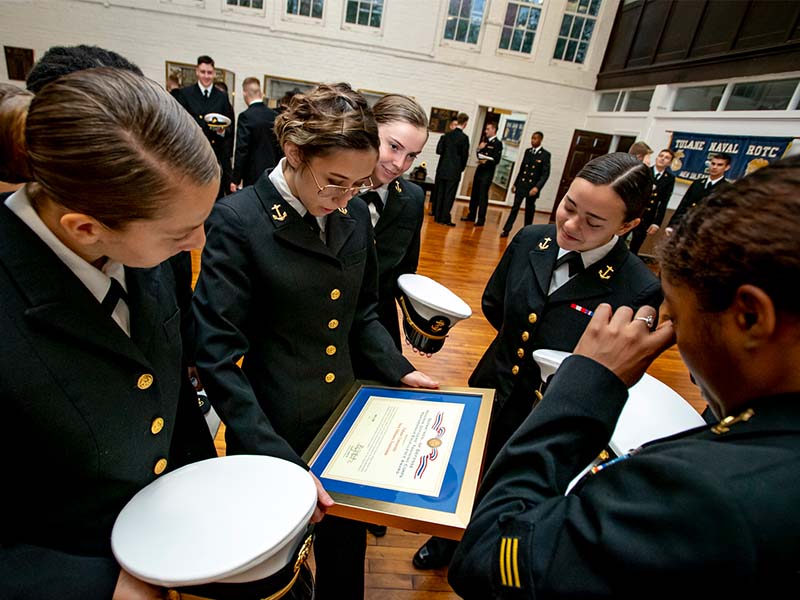 Rear Admiral Derek Trinque will present the award to Tulane President Michael Fitts at a ceremony scheduled for 10 a.m. on Wednesday, Dec. 8, at the Navy ROTC Building on the uptown campus.

“This award goes beyond just what the Navy's relationship is with Tulane. It really underscores the strong relationship of the three ROTC units.”

"This is a Department of Defense award where all ROTC units— Navy, Air Force and Army— compete for this recognition, and for Tulane to win the award, in partnership with the Tulane NROTC Unit, is very special and really highlights how well the university supports the unit," said Captain Paul Bowdich, commanding officer and professor of naval science. "Newcomb-Tulane College does a great job of not only supporting us but each of the ROTC units. Without the support of the university, we wouldn't be able to do our job here of training the next generation of Navy and Marine Corps officers. This award goes beyond just what the Navy's relationship is with Tulane. It really underscores the strong relationship of the three ROTC units."

In a letter to President Fitts, Secretary of Defense Lloyd Austin said the Department of Defense would have liked to honor Tulane University with a formal presentation last year, but the pandemic delayed that from happening.

"Let it not diminish the prestige of this award within the Department and the gratitude we have for your midshipmen, your university, your faculty and the students who make our partnership so strong," Austin wrote. "Your outstanding support is crucial to the education and training of the finest military leaders in the world, and we congratulate NROTC Unit, Tulane University on the annual DoD ROTC and Educational Institution Partnership Excellence Award."

Tulane's NROTC Unit was acknowledged for its university-unit partnerships with local and regional groups, including hosting the annual 2019 Battle of New Orleans Junior ROTC Drill Meeting, which housed over 200 students from seven high schools across Louisiana, Alabama and Florida. In addition, the Tulane NROTC Midshipmen supported Jesuit High School's Junior ROTC unit as it hosted a drill meet featuring 15 high schools across three states. The unit was also instrumental in the 47th annual Mardi Gras Drill Meet in February 2020, which featured 800 students from 21 universities.

"Tulane has a rich and proud history of supporting our Reserve Officers Training Corps, dating back to 1938, with the formation of the Tulane NROTC," said Fitts. "This recognition is a wonderful honor for a special group of students, their commander and support staff, who exemplify the university's call to service and elevate our mission of educating the leaders of tomorrow."

"We have a strong partnership with the university, and our midshipmen have the support they need on campus, whether it's from their peers or the school itself," said Commander Christopher Otto, executive officer of the Tulane Naval ROTC, associate professor of naval science and Tulane NROTC class of 2002.

Founded in 1938, the Tulane NROTC is one of the oldest active NROTC Units in the nation and has commissioned over 2,150 Navy and Marine Corps Officers. Of those officers, 23 have died on active duty, serving in almost every conflict since World War II.

Among Tulane Naval ROTC's most notable alumni are General David Berger, Tulane NROTC class of 1981, who became the 38th Commandant of the Marine Corps in 2019 and leads the nation's expeditionary branch and Colonel Douglas Hurley, Tulane NROTC class of 1981, a career Marine Corps officer who later became a NASA astronaut and served on a pair of space shuttle missions. He most recently was one of the first astronauts for U.S. commercial spaceflights and commanded the SpaceX Crew Dragon in May 2021. Captain Jennifer Wilderman, Tulane NROTC class of 1994, became a naval aviator and supported Operation Desert Fox, NATO operations in Kosovo, Operation Iraqi Freedom and is among the few Aviators who flew night operations in the Straits of Magellan. 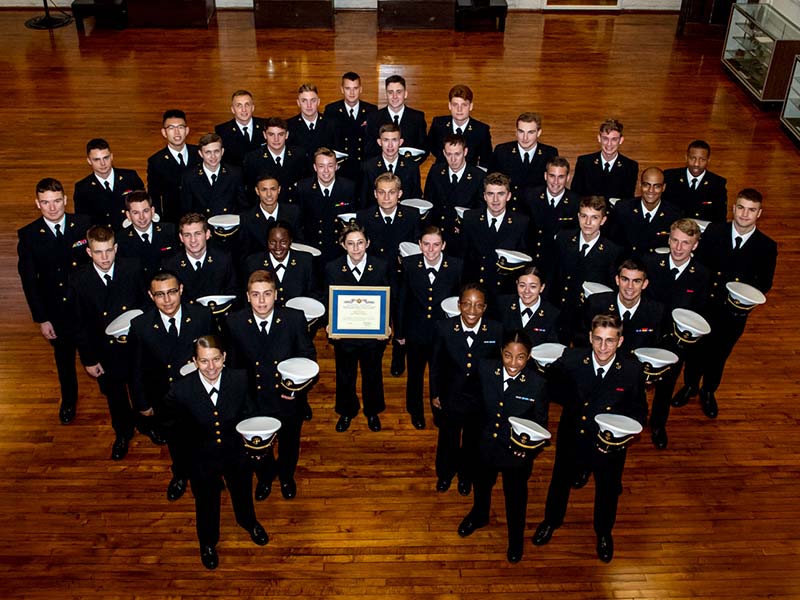