Tulane’s star-studded virtual fête a fitting tribute to the unique, resilient Class of 2020 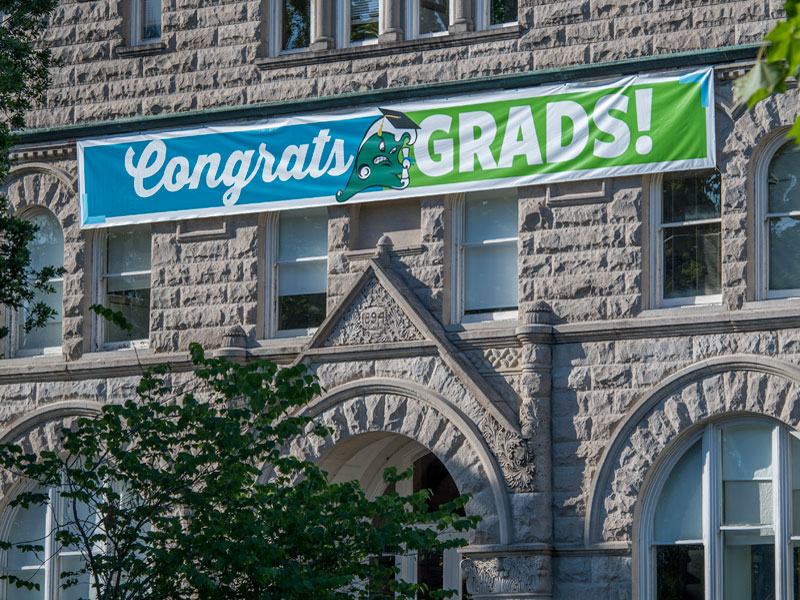 Tulane University President Michael Fitts led a virtual online celebration on Saturday, May 16 to recognize and salute the Class of 2020.

“It’s not what any of us wanted or planned,” Fitts said in the video broadcast opening. “But this is still Tulane, and this is still New Orleans. Resilience is who we are. Reinvention is what we do. As the New Orleans Pelicans say, ‘we won’t bow down.’ We will find a way to celebrate together, even if we have to be apart.”

The fête included the Tulane Alma Mater virtually performed by the Tulane Marching Band, student video speeches from members of the Class of 2020, a message to the group from Senior Vice President for Academic Affairs and Provost Robin Forman, and, most importantly, the conferral of degrees. However, it was a celebrity montage that took center stage, each paying tribute and providing inspirational messages to the Class of 2020.

“The world recognizes that you are the next generation of leaders. Tulane has changed you, and you have forever changed Tulane, and the world.”

“The world recognizes that you are the next generation of leaders. Tulane has changed you, and you have forever changed Tulane, and the world,” Fitts said.

This spring, Fitts began an initiative called “Heroes & Helpers” to recognize the many Tulanians on the front lines of the global fight against COVID-19. Fitts highlighted a small sample from the Class of 2020 during the event, including Michael Antoine, the deputy director of the Office of Homeland Security and Emergency Preparedness for the city of New Orleans. Antoine plays a leading role in protecting the community during major emergencies and disasters. He says his master’s degree in emergency and security studies from the Tulane School of Professional Advancement has provided him with the leadership, organizational and critical thinking skills to perform his job at the highest level.

“We celebrate your achievements which are many. We celebrate your hard work, which is admirable and will serve you well.  And we celebrate your uniqueness,” Fitts said. “After all, in 186 years, we’ve had a lot of ceremonies and celebrations, but we’ve never had one quite like this. In some ways, there has never been a class more dedicated to the founding principles of our university.”

The ceremony also included performances by Dr. Michael White and the Original Liberty Jazz Band. Topsy Chapman opened the celebration with her classic rendition of “Do You Know What It Means to Miss New Orleans.”

The event wrapped up with local jam band, Galactic, performing “Hey Na Na” in a video with a little help from the Tulane community leaders. The program concluded with a 15-minute slideshow of student photos.

An on-ground commencement ceremony celebrating the Class of 2020 will be rescheduled for a future date.