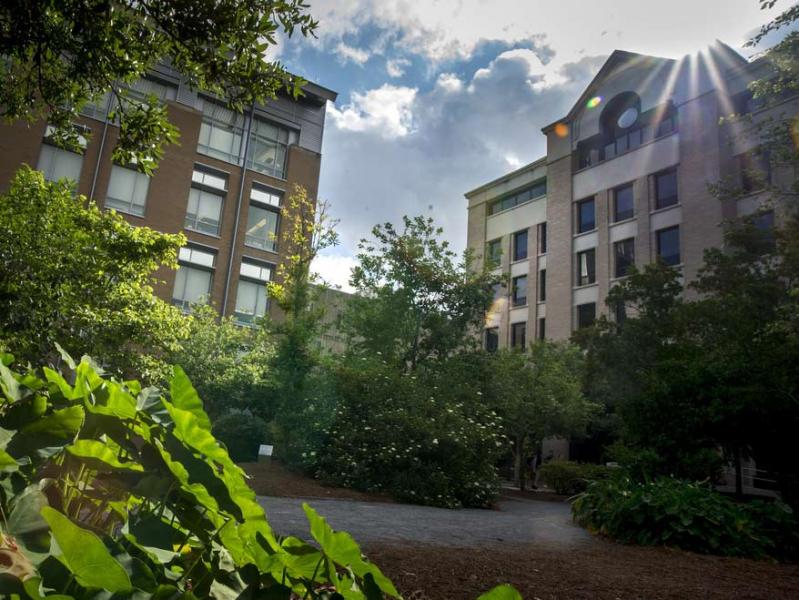 The new energy partnership will include a solar power generation facility that will produce 10% of the university’s total electricity needs on the uptown campus. Photo by Paula Burch Celentano.

Bernhard and Tulane University announced a 30-year Energy-as-a-Service partnership that includes large-scale and immediate improvements to campus infrastructure and the construction of a 1-megawatt solar generation facility that will produce 10% of the university’s total electricity needs at its uptown campus. The upfront improvements are expected to significantly reduce Tulane’s cumulative annual Greenhouse Gas (GHG) emissions with the ultimate goal of reaching carbon neutrality by 2050.

Drawing inspiration from the concerted sustainability efforts of Tulane and Bernhard, Project RISE (Renew, Innovate, Sustain, Engage) addresses significant capital renewal, sustainability and energy optimization priorities across Tulane’s uptown and downtown campuses. Through the innovative partnership, Tulane will accelerate the delivery of campus upgrades that will increase the resiliency and reliability of critical infrastructure on Tulane’s campuses. Bernhard is also guaranteeing significant annual utility cost savings over the length of the agreement, a commitment that includes bringing one or more Tulane buildings to certified Net Zero Energy status by 2025.

“This partnership is a major step forward in Tulane’s continued commitment to environmental sustainability. Through it we will significantly reduce our greenhouse gas emissions as we journey toward a carbon neutral future that also fully supports our critical research and educational missions,” Tulane President Michael Fitts said. “By increasing efficiency, building resilience and seeking alternative energy sources, the Bernhard and Tulane partnership is expected to also achieve the goal of a 30% reduction in greenhouse gases by 2025 as outlined in Tulane’s Climate Action Plan.”

"We see this partnership with Tulane as not only beneficial for their campus, but the entire state of Louisiana," said Ed Tinsley, Bernhard CEO. "Tulane and Bernhard's efforts in creating a more sustainable and resilient future with optimized energy usage and reduced carbon profile will have a positive ripple effect throughout the region."

Being located in one of the world’s most active hurricane zones has granted Tulane University a unique perspective on the necessity of a reliable power supply. “Lack of consistent power during a weather event or local infrastructure failure can be detrimental to operations, academic instruction and the student experience and may cause catastrophic loss of research materials and specimens,” said Patrick Norton, Senior Vice President and Chief Operating Officer at Tulane. “With Bernhard, we have made a commitment to strengthen Tulane’s infrastructure on both the downtown and uptown campuses in a financially and environmentally responsible way.”

At commencement of the partnership, Tulane will transfer the risk of energy operations and maintenance to Bernhard. Bernhard’s team will immediately design and upgrade campus energy infrastructure including lighting, combined heat and power, standby electrical power, building automation, heating water, steam, and domestic and chilled water. Monitoring of asset performance and measurement and verification of energy savings throughout the project will be provided through Bernhard Connect™.

“We are proud to partner with Tulane to upgrade its energy infrastructure and to assist the university in reaching its goal of 30% emission reduction by 2025 and carbon neutrality by 2050,” said Rob Guthrie, Bernhard’s Chief Development Officer. “Project RISE not only provides the university with long-term operational certainty over the next three decades, but also insulates Tulane from natural disasters. The unique combination of distributed generation and energy efficiency strategies will reduce the university’s peak electrical grid demand by nearly 50%.”