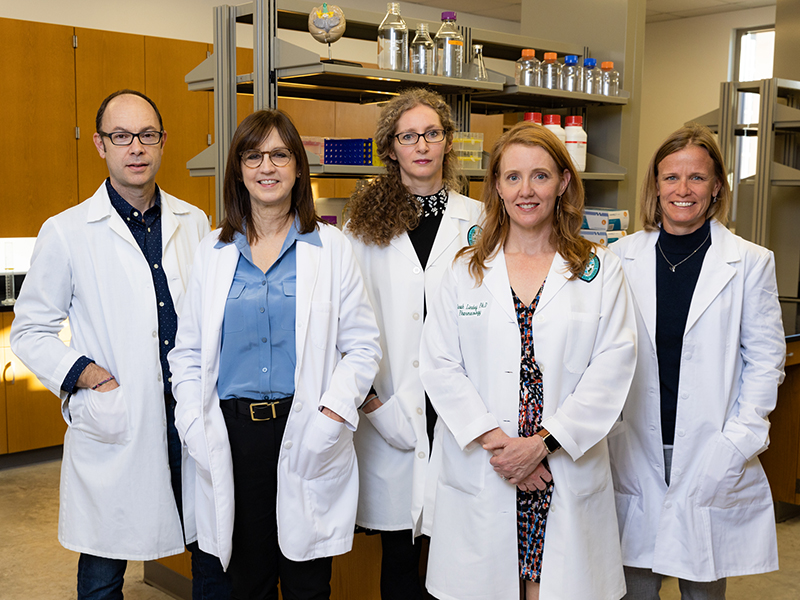 Decades of lab research shows that estrogen can protect women against age-related cognitive decline and may even delay or decrease incidence of Alzheimer’s disease and other forms of dementia. But these laboratory findings haven’t always translated to real-world results for women who take estrogen therapy after menopause.

The National Institute on Aging of the National Institutes of Health has awarded a $14 million grant to the Tulane University Brain Institute to embark on a five-year study to understand why the brain-protecting benefits of estrogen may not apply to all women, especially those with hypertension and Type 2 diabetes.

The Brain Institute is a multidisciplinary entity established in 2016 to coordinate and elevate neuroscience research across Tulane.

“In the lab, estrogens are neuroprotective and enhance memory,” Daniel said. “Yet in women, effects of menopausal estrogen therapy on aging brains can range from beneficial to detrimental."

“The Brain Institute was created to support the kind of collaborative, boundary-crossing research that is needed to answer big questions about the brain and brain disorders,” said study principal investigator Jill Daniel, director of the Tulane Brain Institute, the Gary P. Dohanich Professor in Brain Science and professor of psychology. “This grant will allow us to do just that.”

Daniel will lead a team of scientists from the Tulane schools of Science and Engineering, Medicine, and Public Health and Tropical Medicine and from the LSU Health Sciences Center and Pennsylvania State University College of Medicine in determining under what conditions estrogen therapy may increase or decrease risk for developing dementia or Alzheimer’s disease.

The Program Project Grant (PPG) includes four interrelated research projects, with investigators focusing on such areas as the impact of hypertension and a high-fat diet on the ability of estrogen to affect the aging female brain and the impact of estrogen on vascular health and cognitive aging.

Daniel said preliminary evidence suggests that postmenopausal women taking estrogen, a hormone that plays an important role in sexual and reproductive development, could be at increased risk of cognitive disease if they have a pre-existing condition such as Type 2 diabetes and hypertension. The project will determine if and how estrogens interact with cardiovascular and metabolic health to impact the brain and cognitive aging.

“In the lab, estrogens are neuroprotective and enhance memory,” Daniel said. “Yet in women, effects of menopausal estrogen therapy on aging brains can range from beneficial to detrimental.

“We hypothesize that cardiovascular and metabolic disease alter the neuroprotective effects of estrogens. This comprehensive research program will determine mechanisms by which a healthy brain responds differently to estrogens as compared to an unhealthy one and identify conditions under which estrogen administration will or will not prevent or delay age-related cognitive disease.”

Understanding conditions under which administration of estrogens are beneficial or harmful is critical to developing a personalized approach for the use of menopausal hormone therapy in women.

“Type 2 diabetes and hypertension have opposing actions to estrogen on the brain and are risk factors for development of Alzheimer’s disease and vascular dementia,” Daniel said. “To date, there has been no systematic investigation as to how health status alters mechanisms by which midlife estrogen treatment exerts effects on the aging brain.”

She said the overall hypothesis is that administration of estrogens in aging females will positively impact the brain and cognition if initiated in healthy subjects but will provide no benefits if initiated in the presence of cardiometabolic disease.