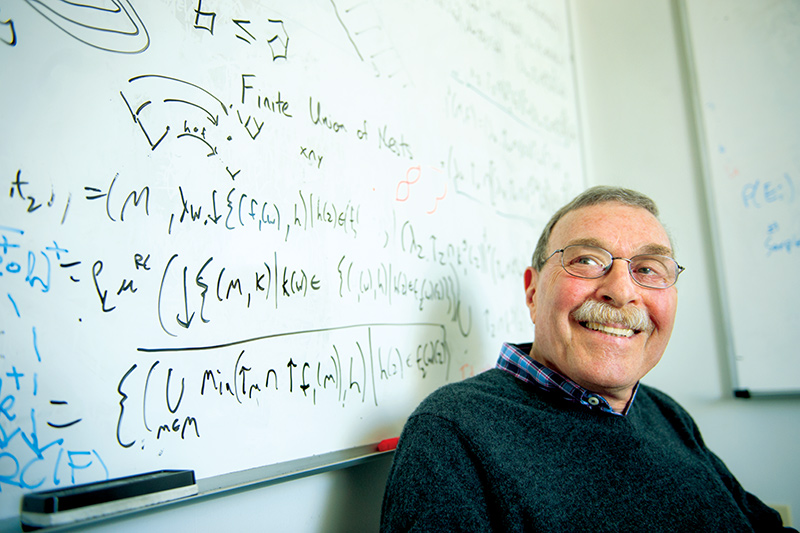 Michael Mislove, chair of the Department of Computer Science at Tulane, is studying new approaches for quantum computing. (Photo by Paula Burch-Celentano)

The goal of the project is to develop tools and related methodologies for designing and analyzing programming languages for quantum computers, which are being designed to complete tasks and solve problems far more efficiently and faster than today’s computers. Although a number of prototype quantum computers already exist, the traditional methods for checking that programs are correct don’t work in the quantum setting, Mislove said.

“So new approaches – semantic models, formal methods and related tools – need to be developed so that quantum programs can be proved correct before they’re run on an actual computer,” he said.

"The looming appearance of universal quantum computers makes it imperative to devise methods for correctly programming such devices."

Mislove, chair of Tulane’s computer science department and the Herbert Buchanan Professor of Mathematics, is leading a team of researchers from Tulane, the University of Pennsylvania, the University of Iowa and Stanford University as part of the Department of Defense’s Multi-University Research Initiative (MURI) program. MURI projects involve teams of researchers investigating high priority topics that range across a wide variety of disciplines.

The grant, titled “Semantics, Formal Reasoning and Tool Support for Quantum Programming,” is funded for three years, with the possibility a two-year extension for a total of $6.34 million.