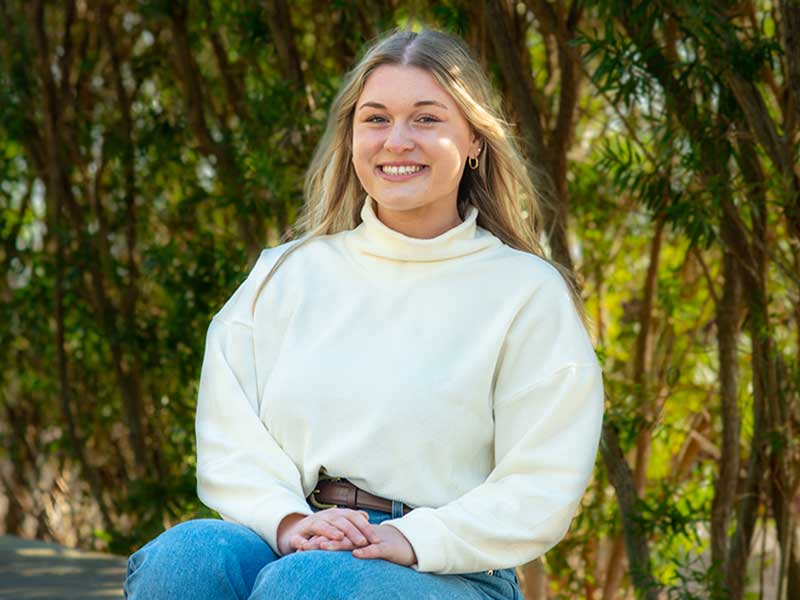 Kendall Gardner, a 2020 graduate of Tulane University, will use her Marshall Scholarship to pursue master’s degrees in political theory and international social and public policy at the London School of Economics and Political Science. (Photo by Sally Asher)

Kendall Gardner, a 2020 graduate of Tulane University, is the winner of a George C. Marshall Scholarship, becoming the second Tulanian in as many years to be honored with the prestigious award, which is considered one of the country’s most selective scholarships.

Marshall Scholarships — of which only 40 or less are awarded annually — finance young Americans of high ability to study for a graduate degree in the United Kingdom. Gardner will use her scholarship to pursue master’s degrees in political theory and international social and public policy at the London School of Economics and Political Science.

"My professors at Tulane challenged me to expect more from myself than I previously thought possible, and they supported me through every success and failure."

Gardner is Tulane’s 25th Marshall Scholar. She earned a bachelor of arts degree in political science, with a specialty in international relations, along with a bachelor of science degree in management in legal studies in business from Tulane.

A native of Fishers, Indiana, Gardner called news of the award one of the happiest moments of her life, and she credited her Tulane professors and advisors with challenging and supporting her every step of the way.

“It is a truly incredible feeling to see my passion and hard work recognized in this manner,” she said. “However, beyond that recognition, it was the realization that the Marshall Commission had chosen to invest in my vision that made me the happiest. I am thrilled that I will be spending the next two years of my life investigating the political and economic arrangements of our world at the London School of Economics.”

The Marshall Scholarship is just the latest of countless awards that Gardner has amassed over the past four years. While at Tulane, she was named a member of the prestigious William Wallace Peery Society and Tulane 34. She also received numerous department honors through the A.B. Freeman School of Business and Department of Political Science in the School of Liberal Arts.

Additionally, Gardner was an Altman Scholar, excelling in a demanding curriculum that integrates multidisciplinary studies, intensive language instruction and coursework in cultural competency, and multiple international experiences. As an Altman Scholar, Kendall studied and worked in Jordan, France and Vietnam, where she was able to explore questions and problems of international interest and hone her language skills in French and Arabic.

“The Marshall provides Kendall an unparalleled opportunity to continue deepening her knowledge of international affairs as she looks ahead to a life of public service,” Skinner said. “I am so proud of her astounding achievement and, like everyone who was fortunate enough to work with her here at Tulane, I can’t wait to see what she’ll do next.”

In addition to her international work, Gardner worked at Eden House in New Orleans, a residential recovery program for victims of human trafficking and sexual exploitation. Among her achievements was leading a fundraising campaign that raised $11,000 for critical recovery resources such as trauma therapy, financial literacy training and medical expenses. Currently, Kendall serves as an immigration paralegal, supporting attorneys with family-based, humanitarian, and removal defense cases.