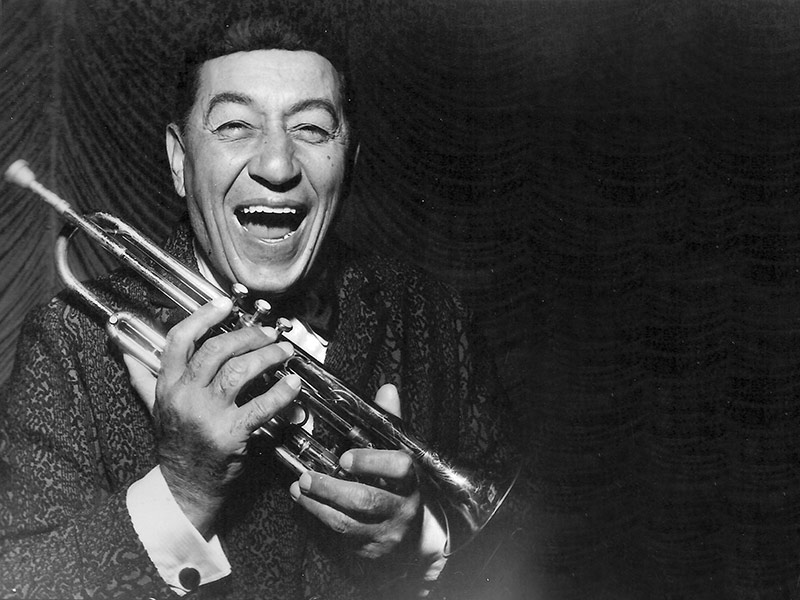 A room dedicated to all things Louis Prima will open Oct. 27 at Tulane University. (Photo courtesy of the Gia Maione Prima Foundation)

Tulane University in collaboration with the Gia Maione Prima Foundation will dedicate the opening of the Louis Prima Room Friday, Oct. 27 at Joseph Merrick Jones Hall on Tulane’s uptown campus.

The Louis Prima Room will be the newest addition to the Hogan Jazz Archive and feature the New Orleans jazz great’s personal papers and materials, including film, tapes, phonodiscs, diaries, sheet music, photographs and more.

"The partnership between the Foundation and Tulane was created to maintain and preserve the archives and further the legacy of Louis Prima."

Festivities will take place from 5 to 7 p.m. in Room 306 of Jones Hall, 6801 Freret St. The event will include food stations, music by the Tom Hooks Band and, on the second floor, an exhibit on “Women in Jazz.”

Prima was one of the most iconic American musicians and performers of the 20th century. Born in New Orleans in the Treme neighborhood, he became a jazz star in New York and Hollywood in the 1930s, led big bands in the 1940s, and morphed into rhythm and blues and rock with his combo in Las Vegas during the 1950s, establishing a reputation for cool indulgence that has persisted in defining Las Vegas ever since.

The opening of the Louis Prima Room is the culmination of 20 years of negotiations with the Gia Maione Prima Foundation, which donated Prima’s papers to the Hogan Jazz Archive in 2015.

“The room will offer researchers the opportunity to learn about Prima’s life and career using archival materials from the collection and will also serve as a site for scholarly presentations,” said Bruce Raeburn, director of Tulane University Special Collections and curator of the Hogan Jazz Archive.

Anthony Sylvester, a New Jersey attorney with Sherman Wells Sylvester and Stamelman LLP and trustee of the foundation, said the room fulfills a dream of Prima’s widow, Gia, a singer with Louis Prima and the Witnesses. She died in 2013.

“Gia’s dream was to bring the archives to Louis’ hometown and partner with our dear friend Bruce Raeburn,” he said. “We are so pleased that the archives will be used for academic research and be accessible for public viewing.”