Tulane expert on race honored for book on Ferguson uprising 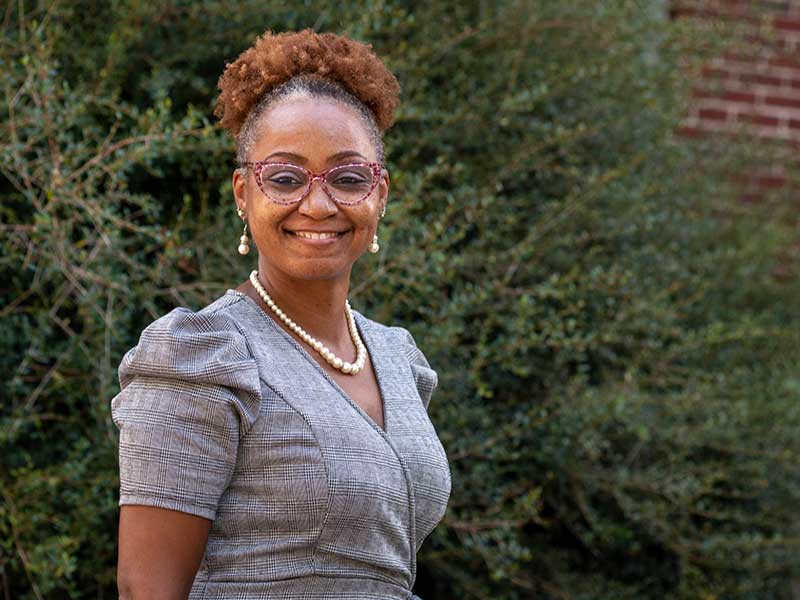 Tulane University sociologist Andrea Boyles, an expert in Black citizen-police interaction, has been awarded a 2020 Media for a Just Society Award for her book “You Can’t Stop the Revolution: Community Disorder and Social Ties in Post-Ferguson America.”

The award was given by Evident Change, a nonprofit that until recently was known as the National Council on Crime and Delinquency. Each year, the group recognizes media from across the United States that further public understanding of such issues as adult and juvenile justice, child welfare, adult protective services and education.

In “You Can’t Stop the Revolution,” published by University of California Press, Boyles offers an inside look into the Ferguson, Missouri police protests of 2014, following the fatal shooting of Michael Brown Jr. by a Ferguson police officer. At the time, Boyles, a native of St. Louis, was a professor at nearby Lindenwood University.

"I hope readers will come to understand that Black lives mattering and efforts to protect them span a number of compromising social issues, that include but are not limited to police brutality."

“The main point of the book was to capture Black citizens’ efforts to combat community disorder — their everyday plights and fight to preserve Black lives amid police brutality and interpersonal neighborhood violence — at the emergence of a 21st century Black uprising,” Boyles said.

She believes the success of her book is due, in part, to the fact that she was on the ground in Ferguson from the beginning.

“That afforded an early, up-close, real-time, ethnographic account of the Ferguson uprising,” she said. “My documenting begins as early as a couple of hours in at the scene, revealing Black citizens organizing, serving and protecting one another, as they faced para-militarized police standoffs and more.

“Readers are able to visually journey with me as a native and expert, vicariously experiencing some of these contentious encounters and daily pervasive effects of discrimination through me as a participant observer.”