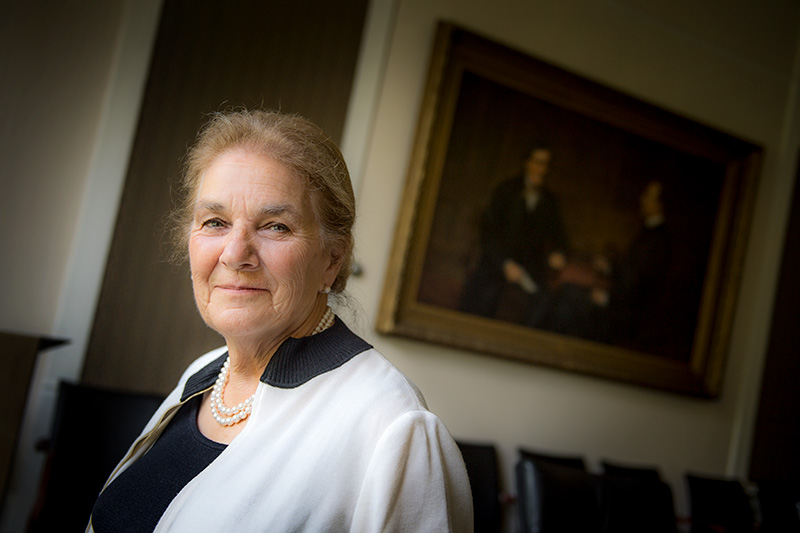 Marcela Villareal de Panetta, a Tulane graduate and member of the Dean’s Council of the Tulane University School of Public Health and Tropical Medicine, has joined the Board of Tulane, the university’s main governing body.

Panetta earned a bachelor of arts degree from Newcomb College. She lives in Juarez, Mexico, where she helped create the Fondo Guadalupano, a fund to support Mexican citizens studying at the Tulane School of Public Health and Tropical Medicine.

Panetta is also involved in the Children’s Opera Workshop in El Paso, Texas, and Sacred Heart Church, whose classes, food program and pastoral center she supports.

“Marcela is an inspiration to all of us.”

In Juarez, Panetta built a high school at the Yermo Parres Multicultural Education Center, located in one of the poorest and most dangerous parts of the city.  Panetta also volunteers at a Sisters of Charity clinic in Juarez, bathing and feeding severely disabled children.

“Marcela is an inspiration to all of us. Her life reflects the best of Tulane and its mission to improve the human condition through education and hands-on public service,” Tulane President Mike Fitts said.

Panetta has served on the boards of various companies and cultural institutions in the United States and Mexico. Her family owns the rights to distribute Coca-Cola in the northern part of Mexico, Peru, Argentina, Ecuador and west Texas.