Tulane to host virtual discussion with Sheba Turk and bestselling author Sarah M. Broom on May 28 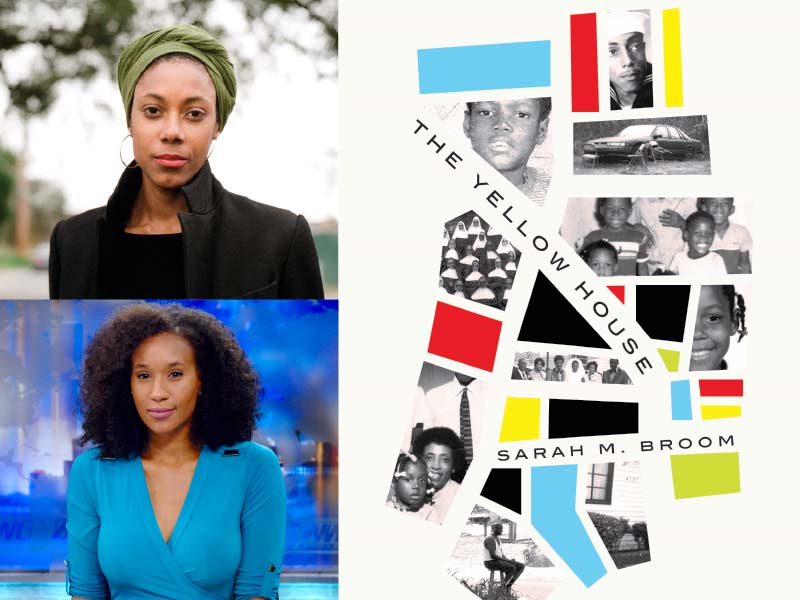 Sheba Turk will moderate a virtual discussion with Sarah M. Broom about Broom’s first and bestselling book, The Yellow House, a memoir about her family’s history in New Orleans, which won the 2019 National Book Award for Nonfiction.

The New Orleans Book Festival at Tulane University will host a virtual discussion between local television personality and author Sheba Turk, and New York Times bestselling author Sarah M. Broom, winner of the 2019 National Book Award, at 5 p.m. on Thursday, May 28. Registration is required to participate in the event. Please click here to register.

A pair of New Orleans natives will take center stage in the festival’s second virtual discussion. Turk will interview Broom about her first and bestselling book, The Yellow House, a memoir about her family’s history in New Orleans, which won the 2019 National Book Award for Nonfiction. Walter Isaacson, a best-selling author and professor at Tulane, will introduce each author to the audience. Broom’s award-winning book is available for purchase by clicking here.

Broom’s work has appeared in The New Yorker, The New York Times Magazine, The Oxford American, and O, The Oprah Magazine. She was awarded a Whiting Foundation Creative Nonfiction Grant in 2016 and was a finalist for the New York Foundation for the Arts Fellowship in Creative Nonfiction in 2011. She has also received fellowships at Djerassi Resident Artists Program and The MacDowell Colony. Broom received her master’s in journalism from the University of California, Berkeley, in 2004. She lives in New York State.

Turk co-anchors WWL-TV’s Eyewitness Morning News and is the author of the book “Off Air: My Journey to the Anchor Desk.” Her inspirational book lets readers in on how she worked her way from behind the scenes in a newsroom to the anchor desk in under two years, pushing past obstacles like financial issues and self-doubt.

Turk graduated from the University of New Orleans and was hired as an associate producer at WWL. She has been there ever since, working her way up to traffic reporter, then morning show reporter, then anchor and host of the entertainment show, “The 504,” which ended after five years so that she could take on her expanded role as a main morning anchor at WWL.

Turk is an alumnus of Soledad O’Brien’s PowHerful Foundation and mentors with the organization.

Turk’s book is available for purchase by clicking here.

The Yellow House will serve as the primary book for the 2020 Newcomb-Tulane College Reading Project.