Tulane junior one of only 62 nationwide to win Truman Scholarship 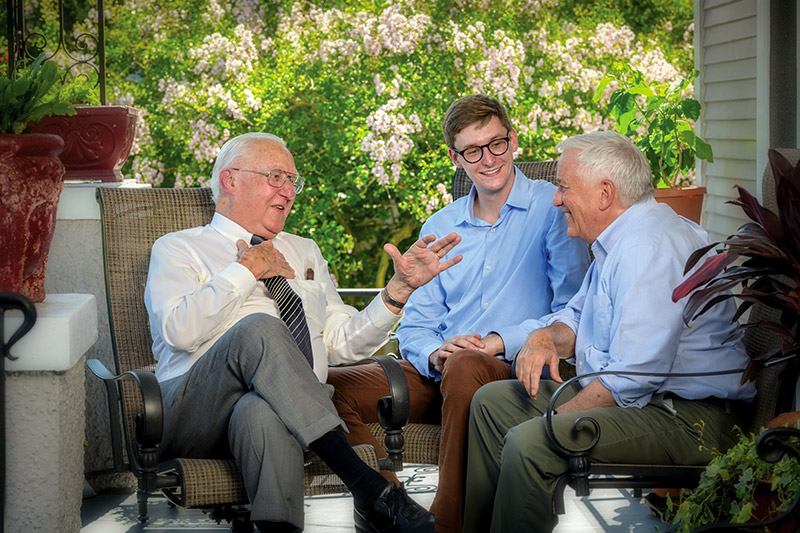 Henry Walther, a junior at Tulane University, was writing a paper on climate change politics from his home in Lexington, Kentucky when his father sent him a text: “Henry, when you get a call from a random NOLA number, make sure to pick it up,” the text said.

He was worried. Why would a call meant for him be going through his dad? “A few seconds after the text, I get a call, pick up my phone and am greeted by President (Mike) Fitts on the other end.”

Fitts was calling with news that Walther was one of 62 students in the nation, mostly college juniors, to win a prestigious Truman Scholarship. The scholarship provides $30,000 for graduate study and professional development programming to help prepare recipients for careers in public service.

“Through all of Henry’s activities, he clearly demonstrates that he is already making a profound impact as an agent of change, and that he is poised to continue on this trajectory.”

“After he hung up, I screamed so loud that my dog ran into my room, thinking something was wrong,” Walther said.

Walther is the 15th Tulane student to win the award, which was created by Congress in 1975 as a living memorial to President Harry S. Truman, who wanted to support the next generation of public service leaders.

The 62 new Truman Scholars were selected from among 773 candidates nominated by 316 colleges and universities. They were recommended by 16 independent selection panels based on the finalists’ academic success and leadership accomplishments, as well as their likelihood of becoming public service leaders.

Walther, who is majoring in political science and social policy and practice, said he learned about the award’s existence after his freshman year and felt that its mission represented everything he imagined for himself.

“I was reading through the description of a successful applicant – public service-minded, interested in how politics interacts with social justice – and I just knew that this was the type of leader I aspired to become,” he said.

For a college junior, Walther has a remarkable start.

He served as campaign manager for fellow Tulane student Stefan Suazo’s bid for a seat on the Jefferson Parish School Board, and he revived the long-defunct College Democrats of Louisiana (CDLA).  Henry mobilized the CDLA to increase voter turnout in Louisiana’s last gubernatorial race by contacting over 60,000 voters across the state, which he says contributed significantly to the narrow reelection of Gov. John Bel Edwards.

Walther is now working with a literary agent Curtis Brown on his authorized biography of former New Orleans mayor Moon Landrieu. As a sophomore, he was granted license by the Landrieu family to author the biography, which will tell the story of the mayor’s efforts in the 1970s to integrate city hall and social institutions and transfer power to the New Orleans black community.

“Through all of Henry’s activities, he clearly demonstrates that he is already making a profound impact as an agent of change, and that he is poised to continue on this trajectory,” she said.

After graduation in 2021, Walther plans to pursue a master’s degree in public policy, with a focus in urban or social policy.  He said his graduate study will support his professional plans to promote greater inclusivity in local governments, ideally in New Orleans city government. He hopes to pair his master’s degree with a law degree.

“We're entering a decade that will be defined by the fights against climate change, white supremacy, and militarism,” Walther said. “Anybody lucky enough to be in a situation like mine has a moral responsibility to join that fight, whether as an ally or as a leader.”