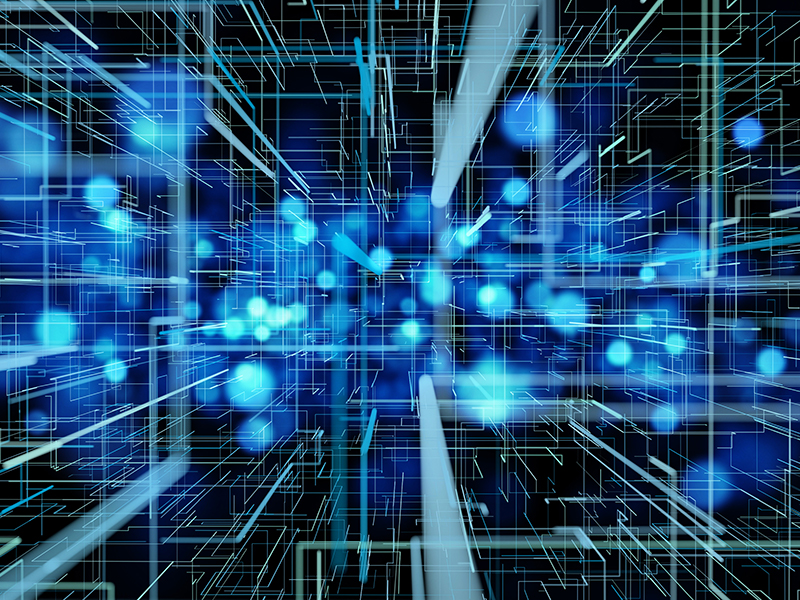 Tulane scientists are part of team of Louisiana researchers looking at how smart quantum technology can improve communications in the military.

A team of Louisiana researchers, including a group from the Tulane University School of Science and Engineering, has developed a smart quantum technology that could have real-world applications to quantum networks and future quantum communications systems used in the military.

Ryan Glasser, an associate professor of physics at Tulane, and his team in the Department of Physics, collaborated on the study with researchers from Louisiana State University. The study was featured on the cover of the March 2021 issue of Advanced Quantum Technologies.

“Recent developments in optical technologies have resulted in extremely high information transfer rates using the spatial properties of light — i.e. images (and more complex structured beams),” Glasser said. “However, a difficulty in such communications using light through free-space is that turbulence can severely distort the beams, resulting in errors in the communication.”

“The team’s result is an exciting step forward in developing this understanding, and it has the potential to ultimately enhance the Army’s sensing and communication capabilities on the battlefield.”

To correct the errors, researchers developed an artificial intelligence scheme to help overcome the negative effects of turbulence on light that propagates through the atmosphere. The system corrects for spatial distortions of laser light.

“We showed the system’s efficacy first in the classical regime by using simulations,” Glasser said.

The work was funded through the U.S. Office of Naval Research to develop artificial intelligence techniques to help create robust communications networks, under program officer Santanu Das. Tulane then collaborated with the LSU team, which implemented an experiment to show that the AI (artificial intelligence) approach can be adapted to work using quanta of light, or single photons.

“The experiment our LSU collaborators performed shows that we can overcome the destructive effects of turbulence on single photons, which will aid in the real-world implementation of free-space quantum communication links,” Glasser said. “Such technologies are crucial to future quantum technologies, including quantum networks and quantum imaging.  We’re excited to be doing research that combines the flourishing fields of quantum technologies and artificial intelligence.”

Sara Gamble, program manager at the U.S. Army Research Office, said the research is still in the early stages of understanding the potential for machine learning techniques to play a role in quantum information science. But, she said, “the team’s result is an exciting step forward in developing this understanding, and it has the potential to ultimately enhance the Army’s sensing and communication capabilities on the battlefield.”

The Louisiana researchers are part of the Louisiana Quantum Initiative,  a statewide endeavor to advance the research and technology of quantum systems in the context of the second quantum revolution and develop the strategy and technological infrastructure of quantum-driven networks and devices. The initiative is an ecosystem of research that relies on emergent and dynamic associations and efforts among institutions as well as individual members.