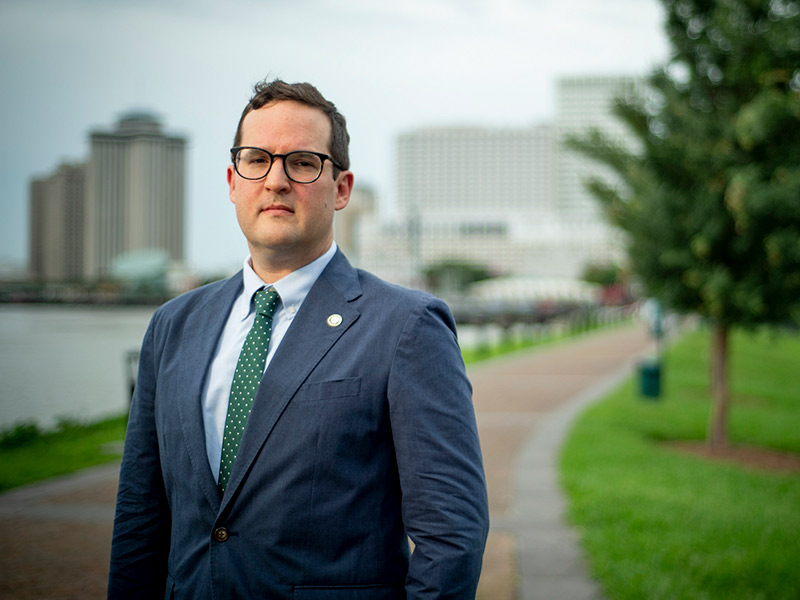 Jesse M. Keenan is one of the nation's leading scholars on the intersection of climate change adaptation and the built environment. (Photo by Paula Burch-Celentano)

Jesse M. Keenan, an associate professor of real estate in the Tulane University School of Architecture and one of the nation’s leading scholars on climate change and the built environment, has received several domestic and international climate appointments.

Keenan has been appointed by the U.S. Global Change Research Program (USGCRP) to serve as an author of the 5th National Climate Assessment, which is the premiere scientific consensus body advancing global change science and research for the United States. The USGCRP is composed of 13 federal agencies and is overseen by the White House Office of Science and Technology. Keenan will serve as an author of the chapter on the built environment.

The assessment, part of the Global Change Research Act of 1990, is issued to Congress every four years and analyzes the effects of global change on the natural environment, agriculture, energy production and use, land and water resources, transportation, human health and welfare, human social systems and biological diversity. As part of the multi-year development process, the built environment chapter team will hold a nation-wide public engagement workshop from 1 to 5 p.m. (CT) on Jan. 14, 2022.

Keenan has also been appointed to the Gulf Research Program’s Enhancing Community Resilience Oversight Committee. The National Academy of Sciences, Engineering, and Medicine (NASEM) committee is part of a long-term community engagement program that partners directly with select communities in coastal regions of the Gulf Coast states and South-Central Alaska to build and enhance health and community resilience. As a committee member, Keenan will oversee research investments in the Gulf Coast and Alaska from the BP Oil Spill Endowment at the NASEM.

Lastly, Keenan has been named by the faculty of Oxford University School of Geography and the Environment as an honorary research associate for a two-year term, at the Oxford Sustainable Finance Group, the leading international center for climate finance research.

“It’s an honor to be able to connect our climate scholarship at the Tulane School of Architecture with regional, national and international bodies who are leading the translation from science to policy in our collective effort to mitigate and adapt to climate change,” Keenan said.