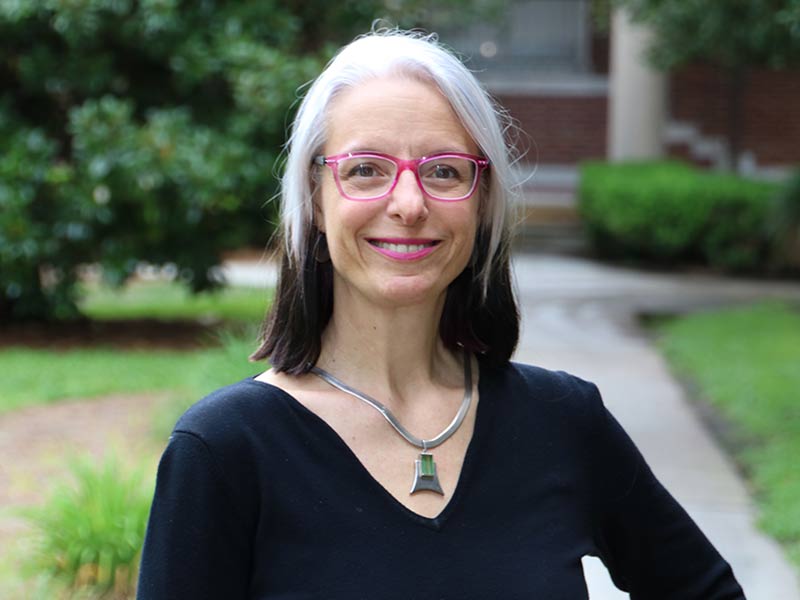 In addition to her position as a professor of communication, Vicki Mayer serves as associate dean for academic initiatives and curriculum in the Tulane School of Liberal Arts. (Photo by Arielle Pentes)

A Tulane University professor now shares something in common with legendary journalists such as Bill Moyers, Molly Ivins, Leonard Pitts Jr., Studs Terkel and Nina Totenberg. Like them, and other major authors and communicators, Vicki Mayer, a professor of communication in the Tulane University School of Liberal Arts, has been awarded the Professional Freedom & Responsibility Award from the Association for Education in Journalism and Mass Communication.

The award, an honor given by the association’s Cultural and Critical Studies Division, is bestowed annually to a journalist, writer, activist or scholar who the group believes embodies the spirit of cultural studies.

Mayer, associate dean for academic initiatives and curriculum in the School of Liberal Arts, is an expert in media and communication industries, their political economies, infrastructures and organizational work cultures. Her publications seek to theorize and illustrate how these industries shape workers and how media and communication work shapes workers and citizens.

“Cultural studies work is noted for its focus on marginalized groups and especially political economy analyses. Dr. Mayer has spent her career doing excellent work in these fields."

Ruth DeFoster, head of Cultural & Critical Studies Division of the Association for Education in Journalism and Mass Communication

Mayer said she was pleasantly surprised to learn of the award. “This is such an honor. Some of my biggest role models are previous winners,” she said, naming author Christopher Hitchens and critic Herbert Schiller. “They set me on the path of questioning how media industries are structured to reproduce inequalities in society.”

The Critical and Cultural Studies Division at AEJMC is a home for work in the cultural studies tradition, said Ruth DeFoster, director of undergraduate studies at the Hubbard School of Journalism and Mass Communication at the University of Minnesota, which sponsors the award.

“Cultural studies work is noted for its focus on marginalized groups and especially political economy analyses,” DeFoster said.  “Dr. Mayer has spent her career doing excellent work in these fields, and this is why she was nominated and voted the winner.”

Mayer was nominated by Errol Salamon, senior lecturer of digital media and communication at the University of Huddersfield, a public research university in West Yorkshire, England.

In his nomination, Salamon cited Mayer’s research on media industries, which focuses on the political economy of media production, organizational work cultures and audiences.

Her research has informed her work in the digital humanities and in her teaching. Recent projects include New Orleans Historical, which features historical stories and scholarship by and about New Orleans community members, and ViaNolaVie, which publishes content online on New Orleans culture in collaboration with journalists, students, and community partners.

“Mayer’s approach to learning demonstrates how university knowledge production can be accessible, engaging, fun, and relevant to students and community members,” Salamon wrote.