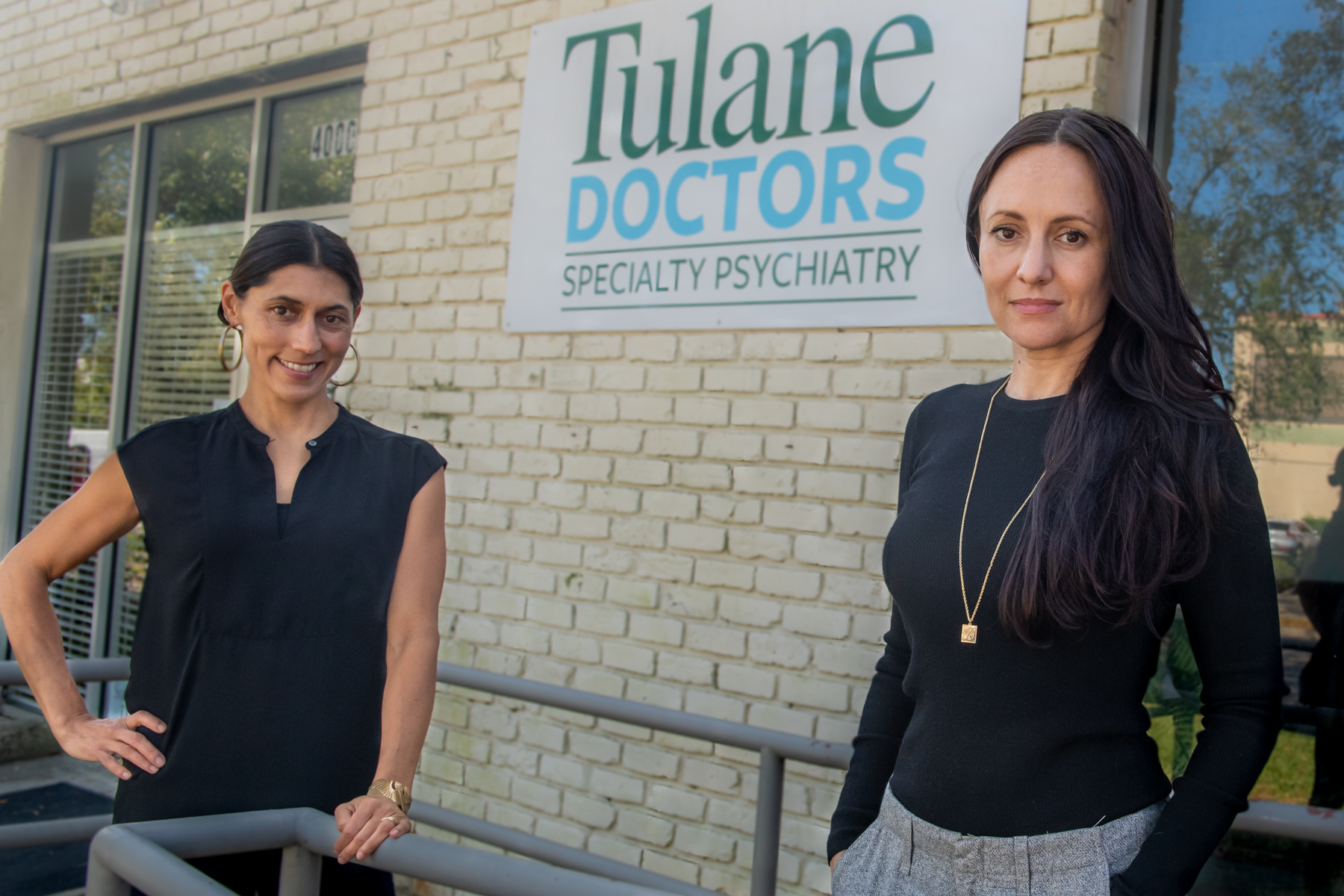 Serena Chaudry and Ashley Weiss were recently awarded a grant from the National Institute of Mental Health.

Early intervention following an episode of psychosis can change a young patient’s outcome. The National Institute of Mental Health recently awarded the Tulane University Department of Psychiatry a grant to expand its work in this vital area.

Tulane’s Early Psychosis Intervention Clinic-New Orleans (EPIC-NOLA) will be part of a six-clinic network that received $5.5 million to study implementation of learning healthcare systems that continually seek to improve care and telemental health in early psychosis care.  This is the latest network to be funded by the National Institute of Mental Health, and part of its larger initiative called EPINET, which aims to develop effective and high-quality models of care delivery for early psychosis intervention. Ashley Weiss, assistant professor of psychiatry at Tulane University School of Medicine, will serve as the site principal investigator alongside co-investigator Serena Chaudhry, assistant professor of psychiatry at Tulane.

Programs like EPIC-NOLA provide comprehensive care for youth and young adults first-experiencing psychosis, an incident during which a person experiences some loss of touch with reality. Psychosis is usually associated with an emerging severe mental illness such as bipolar disorder or one of the schizophrenia-spectrum disorders. Researchers across the United States involved in this project, including those at Tulane, have been working to understand the most effective ways to deliver early psychosis care.

“With treatment beginning early and comprehensive intervention for the first two to five years, we can have a positive impact on the long-term clinical outcome for serious mental illnesses,” says Weiss.

This network of clinics will contribute data to a centralized source, which will be analyzed with outcomes reflected on local provider-level dashboards. Practitioners here in New Orleans can see what’s going on at the other clinics across the country; interface with these clinics for continued training and support; and adapt and refine care longitudinally. This network will also include a randomized-control trial looking at outcomes from services provided through teleheath and how it differs from treatment provided at in-person clinics.

“Early psychosis intervention is relatively new in the United States as compared to the rest of the world and being able to measure what we’re doing and what kind of impact we’re having is really important,” Chaudhry says.

“Through this project we will better understand, with data from populations across the country, to what benchmarks all first-episode psychosis programs should aim. Ultimately the goal is to help our patients have a full-recovery and get back to their lives” says Weiss.