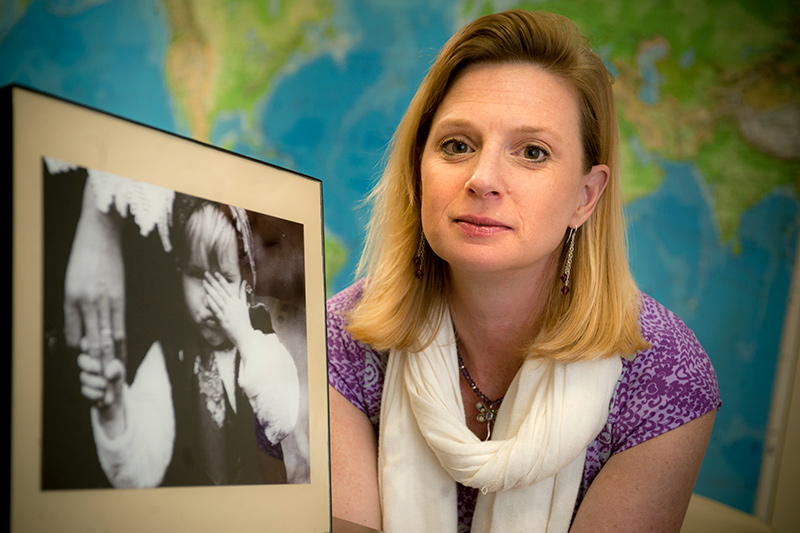 The award recognizes the most significant paper published in the Journal of the American Academy of Child and Adolescent Psychiatry by a child and adolescent psychiatrist within the last year. It’s a record fourth time a Tulane child psychiatrist has won the prestigious award for groundbreaking research in the field. Representing more than 9,000 child and adolescent psychiatrists worldwide, the AACAP is the leading authority on children's mental illnesses.

The academy singled out Drury’s research into how early childhood trauma can have negative health consequences that seep across generations. The research showed that a biological marker of an infant’s ability to regulate stress was influenced not only by the amount of stress the child’s mother experienced during pregnancy but also by a mother’s life course experiences with stress. Her paper, "Thinking Across Generations: Unique Contributions of Maternal Early Life and Prenatal Stress to Infant Physiology," was published in November.

"It is a sign of the quality of work that these transdisciplinary, across-school collaborations can build."

“It’s a tremendous honor to be recognized by the American Academy of Child and Adolescent Psychiatry. One of the things I'm most excited about is that this research was truly a collaboration between the School of Public Health and Tropical Medicine, the School of Science and Engineering and the School of Medicine,” said Drury, the Remigio Gonzalez MD Endowed Professorship of Child Psychiatry. “So while it is given to me, it really was a very collaborative work that had students and junior and senior faculty from all the schools. It is a sign of the quality of work that these transdisciplinary, across-school collaborations can build. That thought process led people to look at things with a different perspective.”

Drury and collaborators recruited mothers during pregnancy to try and understand how a mother’s experiences, both before and during pregnancy, influence their infants’ development.  Mothers reported on their stress during pregnancy as well as their own adverse childhood experiences before the age of 18.  At four months of age, Drury’s research team measured the infant’s respiratory sinus arrhythmia (RSA) during an interaction with their mother.  RSA is a marker of the parasympathetic nervous system and considered an indicator of how well one can adapt to changes in the environment. RSA is the variation in heart rate we experience when we breathe and differences in RSA are linked to lifespan mental and physical outcomes. For the most part higher RSA suggests an individual is more able to adapt to changes and stressors in their environment.

“People who have high RSA or a lot of RSA reactivity when stressed tend to be more adaptable or resilient,” Drury said. “What our study showed was that moms’ adverse childhood experiences took away some of that flexibility in babies. It showed that things that happened even before a mom gets pregnant can leave lasting traces in her child and, what is really new about this study, is that we showed that these are different than prenatal stress.”

The study showed that a mom’s early life adversity set a lower baseline for RSA, while prenatal stress resulted in less variation over a stressor.

“It is a bit nuanced in that adverse childhood experiences really lowers baseline or starting point of a child’s RSA, while prenatal stress influenced the change in RSA, or what we call reactivity,” Drury said.

Drury noted that it is unprecedented for one school to be recognized for more than a quarter of the Rieger awards given within the last 15 years. Past recipients include Tulane child psychiatry faculty Dr. Charles H. Zeanah (2016), Dr. Mary Margaret Gleason (2011) and Dr. Michael Scheeringa (2003).

“For a small research group, this is huge,” she said. “It shows that Tulane is producing the highest quality research.”