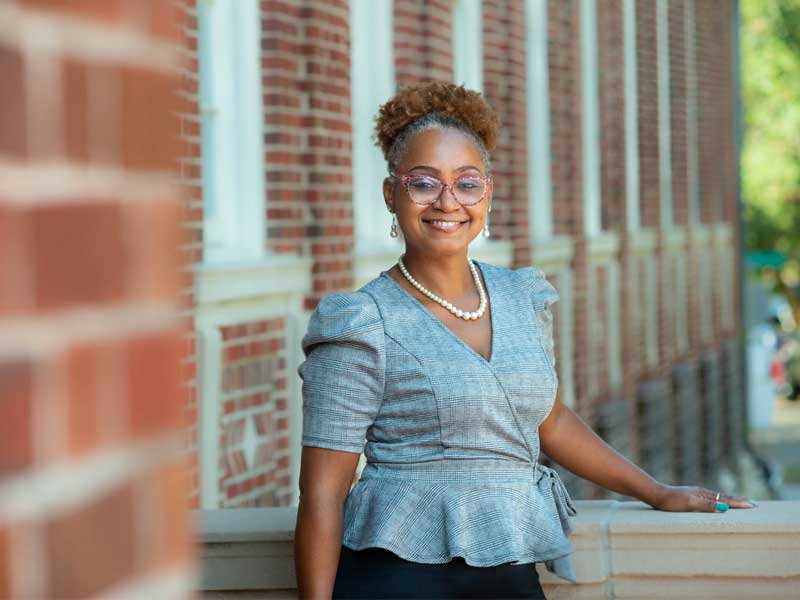 Andrea Boyles is an associate professor of sociology and Africana studies at Tulane University. (Photo by Sally Asher)

Andrea Boyles, an associate professor of sociology and Africana studies at Tulane University, has been appointed as a delegate to the United Nations’ Economic and Social Council, providing expertise on such issues as reproductive health and violence against women.

Boyles, an expert on race, social justice and Black citizen-police conflict in the Tulane School of Liberal Arts, is serving on the Council in her capacity as secretary for Sociologists for Women in Society (SWS), an organization that supports cutting-edge feminist research and promotes social justice through local, national and international activism.

She is one of five SWS representatives who will serve as delegates and who is slated to present to the U.N.’s CSW65 (Commission on the Status of Women) this spring.

“As feminist experts and social science consultants, we collaboratively prepare written and oral statements to the U.N. that center on the status of women, women’s rights, gender equality,” Boyles said. “We offer evidence-based recommendations for improvements and accountability.”

Boyles begins her three-year term this month. She will travel to the U.N. headquarters in New York City once a year (virtual in 2021) to participate in meetings of the Commission on the Status of Women, the first initiative created under the Economic and Social Council. The Commission works to promote women’s rights, documents the reality of women’s lives throughout the world and shapes global standard on gender equality and the empowerment of women.

Boyles said she will specifically address issues disproportionately faced by Black women, Indigenous women and women of color, including inequities in women’s sexual and reproductive health, along with gendered violence and carceral violence.

Gendered violence includes domestic violence, rape and sexual harassments/assaults and murder committed against individuals who are historically vulnerable due to their gender identities.  Carceral violence is violence or threats against women as a means of detaining, jailing or incarcerating them.

Boyles stepped in as a delegate for one year in 2019. She has assisted in writing numerous statements to the U.N., including one covering the importance of sexual and reproductive health services for women, minority genders and their families. A forthcoming statement addresses the need to eliminate gendered and carceral violence.