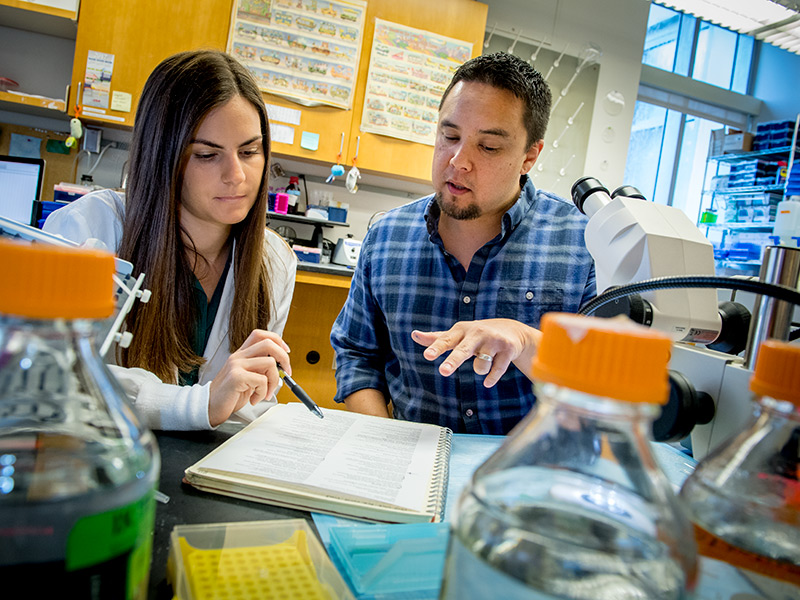 Tulane University’s Stryder Meadows, a cell and molecular biology professor, received a $1.7 million grant from the Department of Defense to study how arteriovenous malformations (AVM), which are defects in arteries, veins and capillaries, form Hereditary Hemorrhagic Telangiectasia (HHT), a genetic disorder that affects about 1 in 5,000 people.

HHT, also known as Osler–Weber–Rendu syndrome, causes red spots to form in the skin and gastrointestinal tract due to the widening of small blood vessels.  In addition, AVMs, which are defined as abnormal connections between arteries and veins, develop in organs such as the lungs, liver and brain.

Arteries and veins do not directly connect in the normal blood vessel system. Instead, blood flows at a fast rate from arteries into the capillaries, where it is slowed down, and enters the veins at the proper velocity to travel back to the heart.

“Our goal is to find genes that we can target to make therapeutics, whether it is a molecule, chemical or a drug.”

In arteriovenous malformations, capillaries become enlarged and form a direct connection between the arteries and veins.  Therefore, the blood flow never slows when it enters the veins to travel to the heart.  The result can be hemorrhaging, which can lead to life-threatening complications.

HHT is hereditary, as patients are born with the mutation but the defects arise during the development of AVMs. By studying how AVMs develop, the Meadows research team hopes to identify the genes that directly regulate AVM formation.

“We have already made great strides and have identified many potential target genes. I believe we can begin to narrow down the genes that play a major part in AVM formation and then we’ll have a big impact on being able to formulate drugs that can help HHT patients,” said Meadows.

Meadows’ grant is a three-year research award that will utilize next-generation sequencing techniques and a novel mouse model of HHT to identify the genes responsible for causing AVMs.

The focus of the study will center on a gene called Smad4, which integrates chemical signals from the cell surface to the nucleus and either turns genes on or off.  The Meadows laboratory will analyze the role of Smad4 as a central mediator of AVM formation.

“Our goal is to find genes that we can target to make therapeutics, whether it is a molecule, chemical or a drug,” Meadows said.