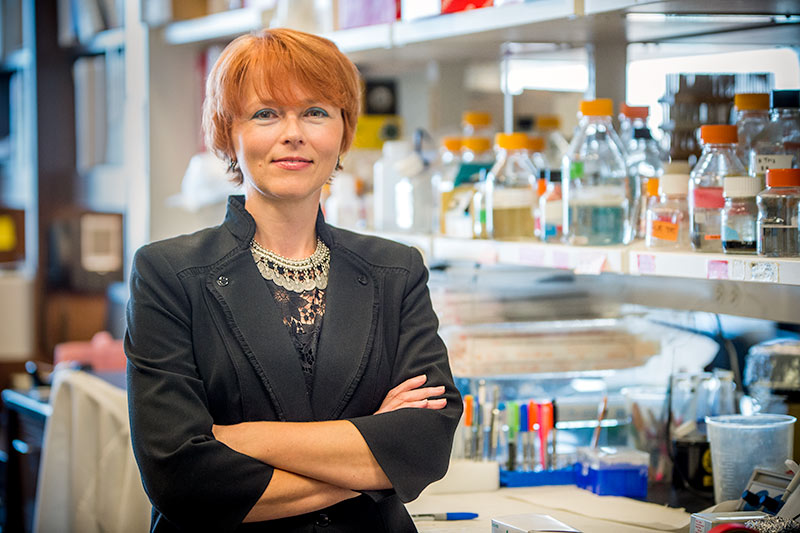 The National Institute on Aging recently awarded geneticist Victoria Belancio, an associate professor of structural and cellular biology, $250,000 to study the link between a parental age and amount of DNA damage associated with the activity of a retroelement L1 in their child.

A Tulane researcher wants to know if, as they get older, parents can more readily pass a specific type of genetic damage down to their children - even if they’re not carriers themselves. The National Institute on Aging recently awarded geneticist Victoria Belancio, an associate professor of structural and cellular biology, $250,000 to study the link between parental age and the amount of DNA damage associated with the activity of a retroelement L1 in their child.

As people get older, their bodies begin to lose the ability to repair DNA damage.  A genetic parasite called L1 retrotransposon can insert itself into cellular DNA and degenerate it over time. Belancio believes that children born to older parents may contain more damage caused by L1 insertions because these inserts may accumulate with age in the parental, particularly in the mother’s, germline.

“I think time is an important characteristic for this process because the longer a cell has the opportunity to be exposed to L1, the more likely that something could go wrong due to the accumulation of genomic instability,” Belancio says.

An L1 insertion was discovered when a male child was born with hemophilia, a disease caused by a mutation in a gene on the X chromosome. Neither of the child’s parents were carriers of the disorder. Belancio says an estimated 0.2-percent of people around the world have known diseases caused by L1 integration but there could be even more people affected because many genetic diseases have unknown etiology.

Belancio developed a mouse model in which researchers inserted a human L1 element into the mouse DNA. The mice are allowed to have pups from the time they become sexually mature until they reach an advanced age. Belancio’s team then looks at L1 integrations in the offspring produced by the same breeding pairs at different ages. Belancio hopes that her research can eventually lead to a better understanding of the impact L1 damage may have on humans.