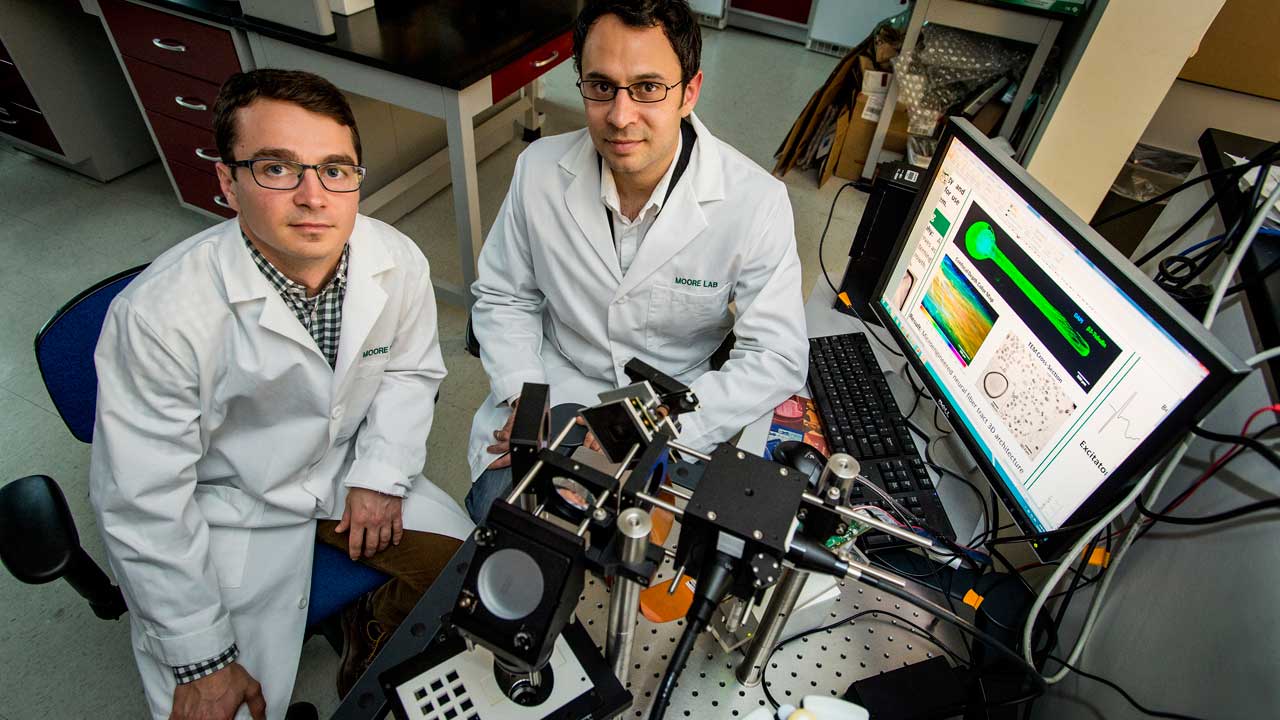 A Tulane University researcher is leading a study that could lead to improved ways of screening chemotherapy drugs for neurotoxicity, the prime reason that patients reduce their doses or cease treatment altogether.

The study is being led by Michael J. Moore, an associate professor of biomedical engineering at Tulane, in collaboration with AxoSim Technologies, LLC, a start-up company spun out of Moore’s lab in 2014 to improve pharmaceutical drug development.

Moore is conducting the Phase I study as part of the Small Business Technology Transfer, a federal program that funds early-stage commercialization of university technology. It is being funded by a one-year, $225,000 grant from the National Center for Advancing Translational Sciences of the National Institutes of Health.

“If the project produces promising results, then it can lead to a Phase II award, which is even bigger and three years in duration,” Moore said.

Moore and his team are looking at the concept of using “nerve-on-a-chip” technology to predict neurological safety and efficacy early in the drug development pipeline. Lowry Curley, co-founder and chief executive officer of AxoSim, developed the “nerve-on-a-chip” under Moore’s guidance while working on his doctorate degree.

The technology uses a 3D-based model of living cells, which mimics living tissue in form and function and is considered an alternative to animal testing.

“What we are hoping is that we can help companies make better choices in terms of which candidate drugs will likely lead to more tolerable side effects in patients,” Moore said. “Those better choices mean less time, less money and less animal testing. In the long run, this could lead to safer drugs that actually cost less to develop.”

Lowry described the grant as a “game changer.”

“Partnering with Tulane will allow us to validate our technology as a gold standard for drug development,” he said. “This grant will lead to a scientifically proven model for screening safer cancer drugs that minimize devastating side effects.”