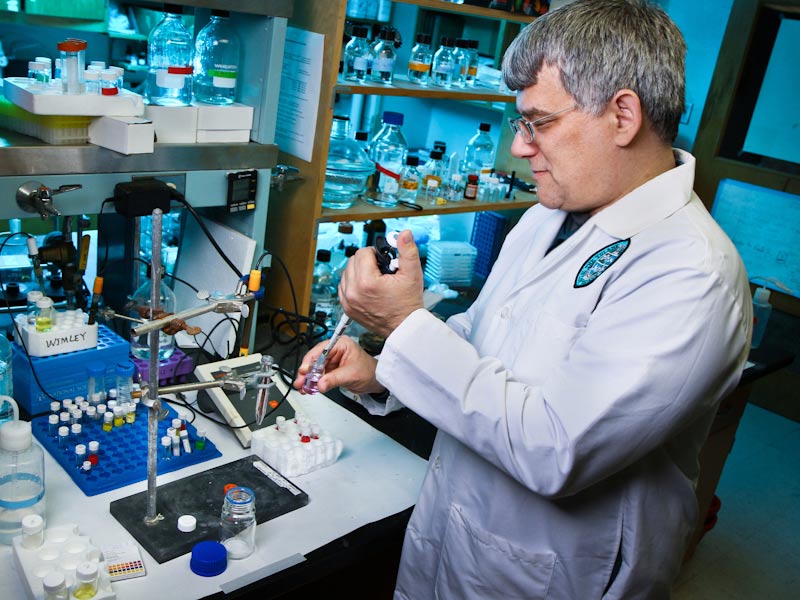 William Wimley holds the George A. Adrouny, Ph.D. Professorship in Biochemistry in the Department of Biochemistry and Molecular Biology at Tulane University School of Medicine.

Membrane permeating antimicrobial peptides have long been considered a potentially promising class of antibiotic that could be used for wound treatment, however, while the peptides work well under laboratory conditions, previous studies have shown these chains of amino acids become inactive in the presence of host cells.

Researchers led by William Wimley, the George A. Adrouny, Ph.D. Professorship in Biochemistry at Tulane University School of Medicine, developed a new way using an animal model to identify compounds that protect wounds in mice from common drug-resistant bacterial infections, including MRSA. The researchers tested antimicrobial peptides directly in the presence of host cells and discovered which peptides retained their activity the longest. They also compared the peptide antibiotics to conventional antibiotics and found, while the bacteria rapidly became resistant to conventional antibiotics, it did not gain any resistance to the peptides.

“The next step is to continue our studies in animal models of infection and explore the potential for these peptides to have real clinical applications,” Wimley said. “We need to fully characterize how they function and, if that works, move in the direction of clinical trials.”

According to the Centers for Disease Control, more than 2.8 million antibiotic-resistant infections occur in the U.S. each year, and more than 35,000 people die as a result.