Tulane researchers find that coronavirus can survive in air for hours 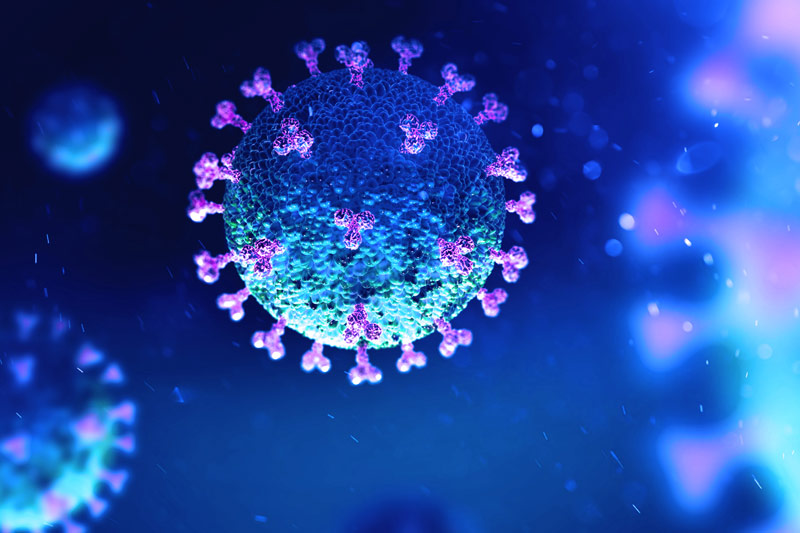 SARS-CoV-2 can survive in the air up to 16 hours —much longer than other similar coronaviruses, such as SARS or MERS. Photo illustration by Shutterstock.

SARS-CoV-2, the virus that causes COVID-19, can remain infective in aerosol for up to 16 hours according to a Tulane study published in Emerging Infectious Diseases. The researchers also found that the virus can survive in the air much longer than other similar coronaviruses, such as SARS or MERS.

Scientists already know that large droplets, such as those that might be felt when someone sneezes, can effectively transmit COVID-19. But the infectiousness of tiny aerosol particles, measuring less than 2 microns and emitted when someone simply speaks or breathes, has been less understood.

In this study, scientists investigated the durability of these tiny, respirable SARS-CoV-2 aerosols to determine if they deteriorate and become less infectious over 16 hours, or if they remain stable. To conduct the experiment, researchers sprayed the viral aerosols into a slowly churning aerosol chamber and suspended them for 16 hours, continuously monitoring what changes were taking place.

Lead investigator and Director of Infectious Disease Aerobiology at the Tulane National Primate Research Center, Chad Roy, PhD, was surprised at the results. “We saw very little deterioration in the infectiousness of these aerosols after 16 hours,” said Roy. “This is notable because we would expect it to behave similar to other coronaviruses that begin to decay over this amount of time – and, it didn’t.”

While this research was conducted in an artificial, laboratory-type setting that didn’t factor in real-word conditions like UV light or wind, Roy believes that the findings do have practical implications.

“This is just one more piece of the puzzle in understanding how people are getting sick and how we can best protect ourselves and each other. If anything, this research should serve as a warning light that this virus is more resilient than similar viruses, and that public health measures should be heeded.”