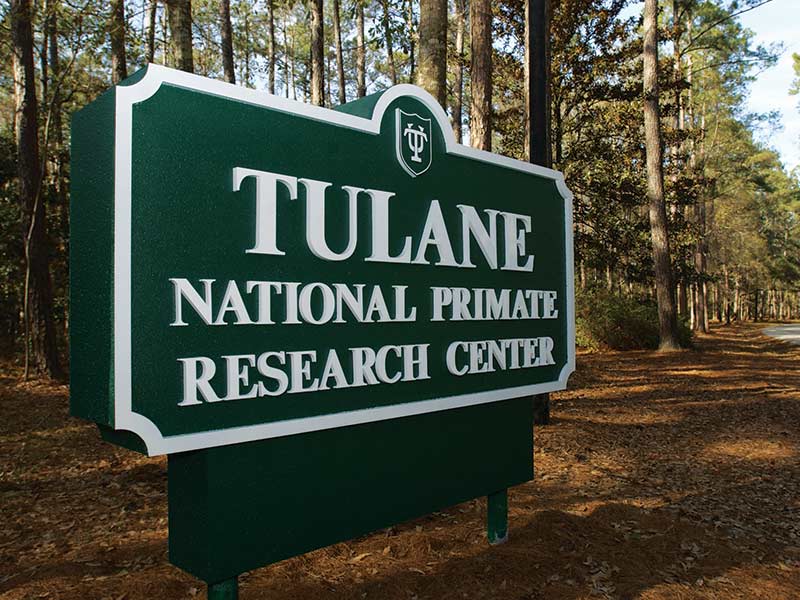 Tulane University researchers found some monkeys whose immune systems are depleted by the simian strain of HIV have a second line of defense against tuberculosis. The discovery could have significant impacts on future vaccines for TB. The research led by study author Deepak Kaushal, Professor of Microbiology and Immunology at the Tulane National Primate Research Center has been published in the Proceedings of the National Academy of Sciences.

People co-infected with Mycobacterium tuberculosis (Mtb) and HIV are up to 20 times more likely than people without HIV to develop active, clinical tuberculosis (TB) over their lifetimes. HIV targets CD4 T cells and researchers believe depletion of those cells, the first layer of immune response, drives up the progression of TB. Currently, most vaccines being developed for TB only target the CD4 arm of immunity.

Kaushal’s research team exposed macaques to Mtb and simian immunodeficiency virus (SIV) to replicate human co-infection. They discovered one-third of the animals maintained latent TB despite complete loss of lung CD4 T cells. A study of the lung tissue revealed CD8 cells and B cells both worked to provide immunity against active TB.

“This discovery is important because it lays out the whole gambit of the different immune functions that are required for an optimum response.”

Kaushal says future vaccines for tuberculosis should try to elicit immune responses from not only CD4 cells but also CD8 and B cells.

“This monkey model is the closest we can get to the human environment of these two diseases,” Kaushal says. “This discovery is important because it lays out the whole gambit of the different immune functions that are required for an optimum response.”

The research revealed a subpopulation of macaques better able to fight TB and HIV co-infection, and Kaushal says it can be presumed this subpopulation of humans also exists. He believes the difference is genetic.

Kaushal hopes to continue the research and move on to the next step of developing a vaccine.  “Our job now is to find out the mechanism of why these differences occurred,” Kaushal says.