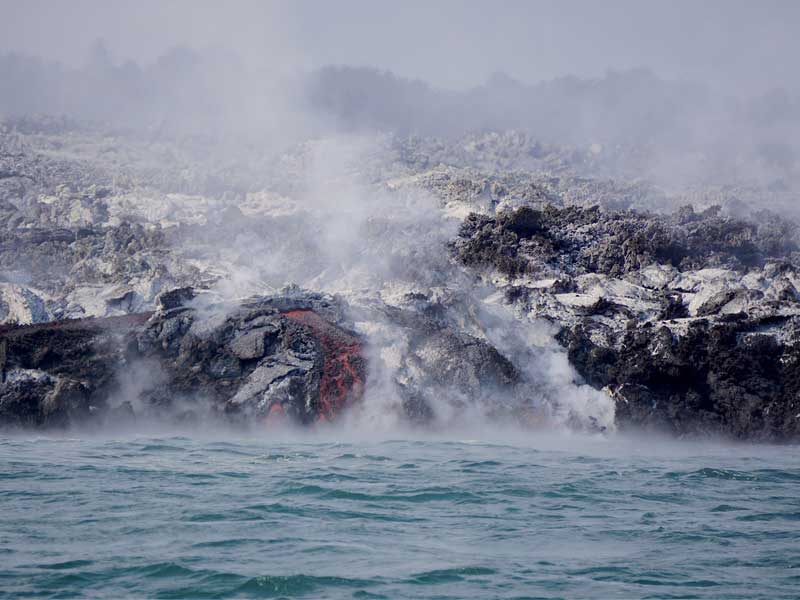 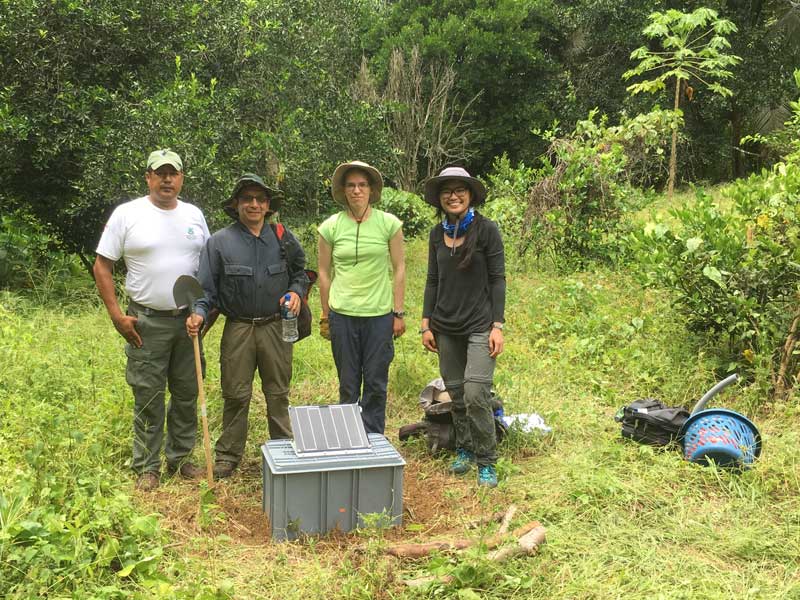 Scientists from Tulane University are part of an international team of researchers whose study of the 2018 eruption of the Sierra Negra volcano in the Galápagos Islands provides vital information about future volcanic activity on the islands.

Their most recent research was published this month in the scientific journal Nature Communications, revealing the first detailed description of the 2018 eruption of the Sierra Negra volcano, one of the world’s most active volcanoes.

"The research findings affect real lives and need to be communicated to the public in a timely manner."

It offers scientists a new perspective on how volcanoes behave, while providing crucial information that will help them predict the dangers of future eruptions.

The Sierra Negra volcano forms part of Isabela Island, the largest in the Galápagos archipelago. The island has a population of almost 2,000 and hosts countless tourists every year.

“The Sierra Negra eruption in 2018 was a truly spectacular volcanic event, occurring in the 'living laboratory' of the Galápagos Islands,” said Andrew Bell, a volcanologist at the University of Edinburgh, which led the study.

“A lot of teamwork and a bit of luck allowed us to capture this unique data set that provides us with a new and important understanding of how these volcanoes behave and how we could better forecast future eruptions."

The team combined data recorded by ground-based instruments, by satellites, and by analysis of the chemical composition of the erupted lava. The data show how the rising magma managed to continuously lift a kind of hinge on the caldera floor, raising the surface and generating tremors.

Tulane’s role involved installing seismometers - sensitive instruments to record earth tremors -  around the volcano three months before the eruption.  The work was led by Sarah Jaye Oliva, then a doctoral candidate at Tulane, who teamed up with Gabrielle Tepp of the U.S. Geological Survey to capture a time-variation in the state-of-stress.

The Tulane team previously had monitored Sierra Negra to obtain an image of its internal structure and to establish a baseline measurement of earthquake activity and shape changes, said Cynthia Ebinger, the Marshall-Heape Chair Professor in the Tulane Department of Earth and Environmental Sciences.

“When colleagues in Ecuador noticed escalating earthquake activity in late 2017, we began to organize equipment and a team to re-install instruments in anticipation of an eruption,” Ebinger said. “This information would enable us to measure changes relative to the baseline prior to an eruption, and to monitor the eruption and its aftermath.”

“As part of her PhD thesis research, Oliva’s analyses of earthquake rupture processes captured time-variations in pressure within the volcano before and after the eruption associated with evacuation and recharge of a magma chamber,” Ebinger said.

Oliva is now a Postdoctoral Research Fellow at the University of British Columbia in Canada.

“I got to experience being on the ground and working closely with park officials, rangers and the locals, which I think was very important since they are the direct stakeholders of the research,” Oliva said.

“I especially appreciated how IGEPN and the Galapagos National Park coordinated a public event where we could present our preliminary findings to the locals and field their questions, long before the research made it into a scientific journal. The research findings affect real lives and need to be communicated to the public in a timely manner."

The new knowledge will allow the volcanologists of the IGEPN to follow the evolution of future volcanic reactivation processes in the Galápagos Islands and enable effective communication of the scientific results to local authorities and the public.

“This research is an example of international collaboration and partnership,” said Mario Ruiz Romero, seismologist at the IGEPN, Ecuador's national monitoring agency. “The results allow us to better understand how magma rises and the process that follows to reach the surface from the interior of the Earth, generating a volcanic eruption.”