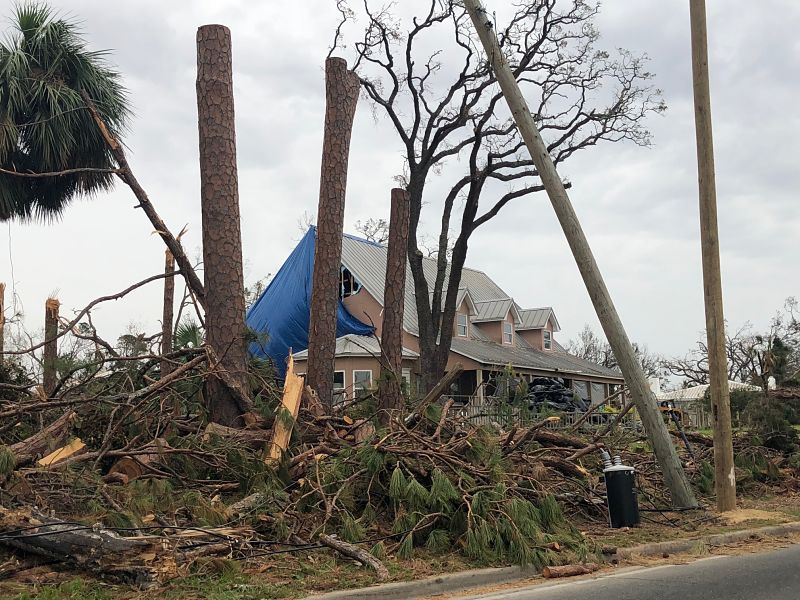 Hurricane Michael, a Category 5 storm, hit the Florida Panhandle in October of 2018. Now researchers at Tulane University are part of a new study to see how the disaster and its aftermath impacted pregnant women. Emily Harville, associate professor of epidemiology at Tulane University School of Public Health and Tropical Medicine, is leading a team of investigators that includes Dr. Maureen Lichtveld, professor and Freeport McMoRan Chair of Environmental Policy, along with researchers from Florida State University. The research is funded by the National Institute of Environmental Health Sciences.

Researchers will look at birth outcomes in women across the state of Florida, comparing those in areas affected by Hurricane Michael to those living in areas outside the impact zone. The team is looking at different exposures caused by the storm including the lack of access to health care following it, mental health impacts after the disaster, damage to housing including mold, the presence of carbon monoxide in homes from using generator power and the impact of  harmful algal bloom, more commonly known as red tide in waters churned up by Michael’s 155 mph winds.

“If our research finds that not having access to health care following a disaster has the greatest impact on birth outcomes, then the key thing is going to be to get the healthcare facilities back up and running,” says Harville. “If we find a big effect with carbon monoxide, then we're going to need to be thinking about generator safety and that people know the symptoms of poisoning.”

“This is about making research work for communities,” says Lichtveld. “It’s important to develop this knowledge so we know how to prepare when the next disaster hits.”