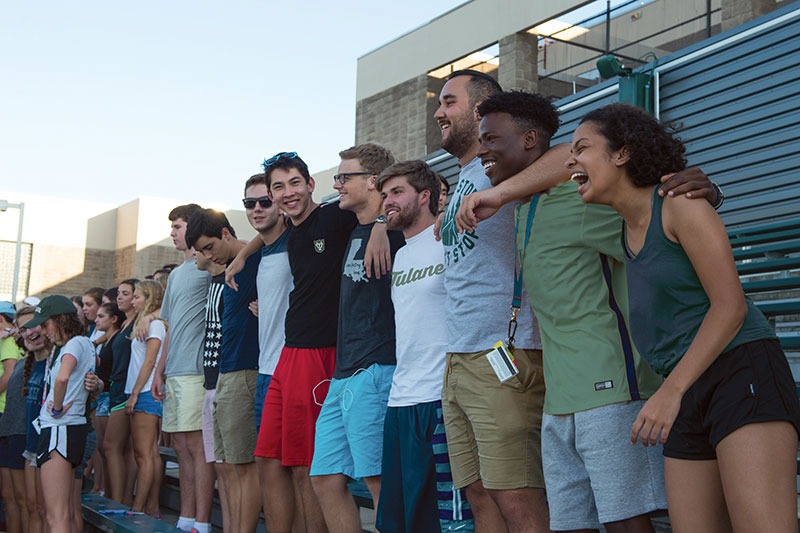 U.S. News & World Report's Best Colleges issue ranks Tulane University No. 40 among the country's top national universities and No. 3 in the nation in Service Learning.

Tulane University rose to No. 40 among the country’s top national universities in the latest edition of the U.S. News & World Report Best Colleges rankings, which were released today. The annual publication also ranks Tulane’s undergraduate business program 43rd in the nation and places Tulane No. 3 in Service Learning, No. 18 on its list of Best College for Veterans and No. 42 among the Most Innovative Schools.

The 2020 edition of the U.S. News rankings comes on the heels of high marks Tulane received in the popular Princeton Review rankings. Those rankings listed Tulane as the nation’s No. 1 university for Community Service; No. 2 in the Students Love These Colleges category; No. 3 in College City Gets High Marks; No. 4 for Happiest Students; No. 6 for Best Quality of Life; No. 9 for Best-Run Colleges and No. 13 among Impact Schools.

In addition to improved rankings, interest in Tulane is also at an all-time high. The university received 42,000 applications for the incoming fall class, enrolling only a select 1,800 who comprise its most academically qualified and diverse class ever.

Tulane also recently opened The Commons, its largest project since Yulman Stadium. Located in the heart of the uptown campus, the $55 million, 77,000- square-foot building serves as a meeting, studying and gathering place for students, a unified home for the Newcomb Institute and a state-of-the-art dining facility. It is one of numerous building projects and initiatives designed to make the Tulane student experience truly transformative.

Others include Mussafer Hall, which unites services dedicated to the success of students in their academics, careers and lives under one roof. Tulane has also announced plans for new and renovated student residences, including additional residential programs and facilities in which students interested in deeper exploration of an academic subject, cultural experiences or area of community service will live, study and work together with the assistance of a faculty-in-residence and classrooms located within the residence hall.

Tulane continues to grow in other ways. In addition to attracting some of the country’s best students, it is experiencing growing success in recruiting faculty and researchers from other prestigious institutions nationwide, including Johns Hopkins, the Cleveland Clinic and Claremont McKenna College.

Tulane is also planning a major expansion in downtown New Orleans, where it hopes to play a major role in the revitalization of the old Charity Hospital, filling a third of its space with laboratories, clinical space, classrooms, student housing and more.