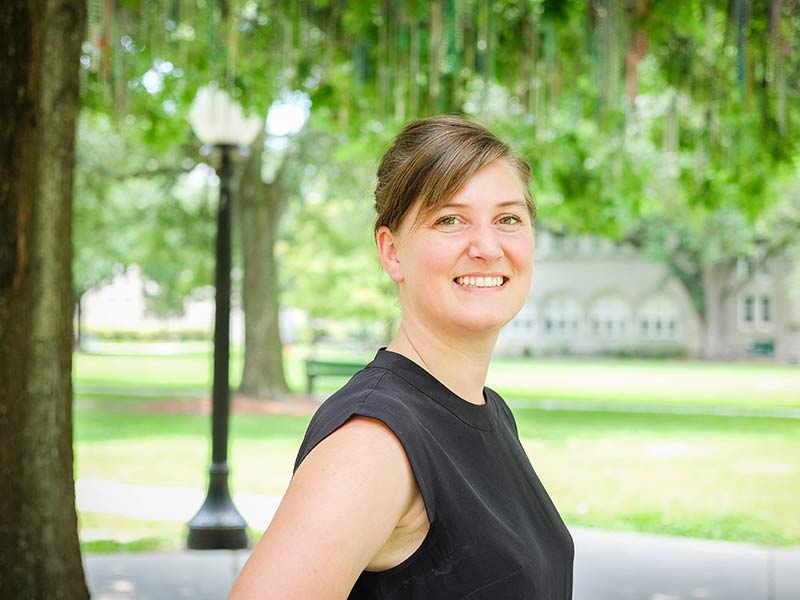 Maggie Hansen, a landscape designer who joined the Tulane School of Architecture in 2014 as assistant director of Tulane City Center and later became its interim director, has been named the outreach program’s permanent leader.

Tulane School of Architecture dean Kenneth Schwartz announced the appointment this week, saying it comes “in recognition of her outstanding work in the interim role and of her exemplary commitment to the mission of the Small City Center.”

Tulane City Center has been renamed the Albert Jr. and Tina Small City Center, thanks to a generous gift earlier this year from alumnus Albert “Sonny” Small and his wife, Tina.

“I am eager to continue to build on the Center’s exceptional history."

The Small City Center is the award-winning community design center of the School of Architecture. It works in partnership with community-based organizations across New Orleans, providing high-quality design assistance for groups traditionally underserved by the design profession.

“I am eager to continue to build on the center’s exceptional history of thoughtful design research, interdisciplinary dialogue and targeted built work, as we use our Central City location to develop additional ways of contributing to the impressive work of our community partners,” Hansen said.

Hansen was educated in architecture and landscape architecture, and she joined the Tulane School of Architecture in 2014 as assistant director of Tulane City Center, later becoming interim director. Previously, she worked at Nelson Byrd Woltz Landscape Architects in New York, where she collaborated on the design and management of such projects as the Brooklyn Naval Hospital Cemetery Memorial landscape and the Hudson Yards East public plaza.

Hansen draws on her interdisciplinary training to explore the relationships between culture and ecology in cities, and her design research investigates how the critical work of engaging urban hydrology, restoring cultural spaces and supporting native ecosystems can contribute to civic life and community identity. Her work has received numerous design awards.