Tulane selected for one of three $27 million U.S.-Israel Energy Centers 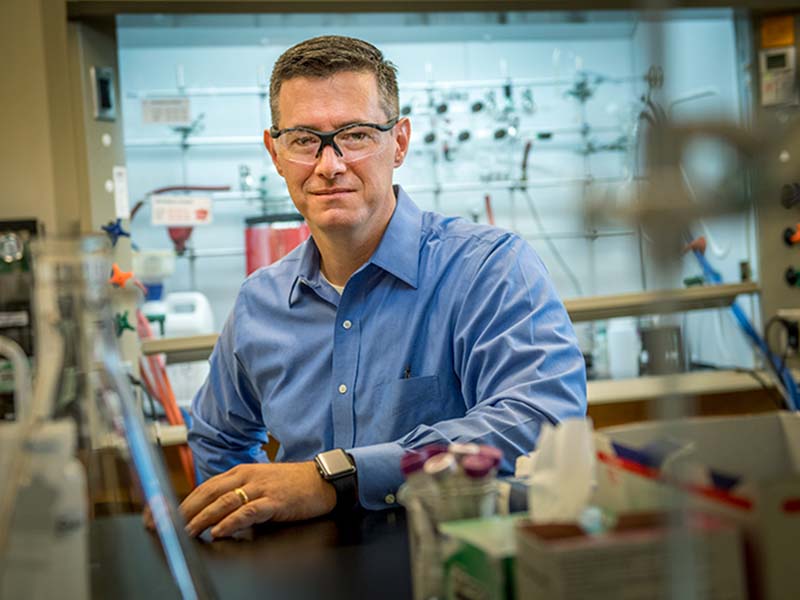 Tulane University will team up with partners in Louisiana and Israel to lead one of the country’s three inaugural U.S.-Israel Energy Centers aimed at improving the safety, efficiency and sustainability of offshore natural gas production.

The five-year, $27 million initiative of the U.S. Department of Energy and Israel’s Ministry of Energy, will, in partnership with industry, work to develop and deploy new and critical technologies for the fossil energy, energy storage, and energy-water nexus sectors.

The goal of the Center is to help propel energy security and economic development, while facilitating cooperation among U.S. and Israeli companies, research institutes and universities.

“The U.S.-Israel Energy Center is a significant achievement for Tulane as it expands its regional and national leadership in the energy space. I am thrilled to be involved with this effort.”

Tulane is leading the fossil energy consortium with Hebrew University in Jerusalem. The partnership includes researchers from LSU, the University of Louisiana, Argonne National Laboratory, Tel Aviv University, Haifa University, the Israel Institute of Technology, the Geological Survey of Israel and Delek Drilling.

The consortium has a total initial budget of $14.2 million over five years. It will be led by Daniel Shantz, chemical and biomolecular engineering professor and The Entergy Chair in Clean Energy Engineering.

“I am thrilled that Tulane will be leading the U.S. component of this consortium involving nearly 40 scientists from 10 different organizations in the U.S. and Israel,” Shantz said. “The mission of the Center, to more safely extract and more efficiently utilize natural gas, is an important one to both nations as we continue to expand energy consumption while lowering our environmental footprint.”

Kimberly Foster, dean of the Tulane School of Science and Engineering, said the center is an “extremely important” initiative for the region.

“It is very exciting that Tulane is playing a lead role,” Foster said.  “The partnership with other institutions in the region should lead to additional exciting opportunities for energy research.”

The consortium, called GoMed, aims to apply lessons learned from safety initiatives in the Gulf of Mexico to the Eastern Mediterranean. The group will create new technologies and methods to explore and tap offshore natural gas fields and convert natural gas to liquid fuels and chemicals such as methanol and benzene.

“The transition from oil and coal to natural gas is a logical progression to a more sustainable energy sector,” Shantz said. “This issue is an important one for both nations, and more generally significant to the larger global economy as pressures increase to decarbonize economies.

Other supporters of the center include Baton Rouge businesswoman Donna Sternberg and the Charles and Lynn Schusterman Family Foundation, a global organization that focuses its work on national education, Israel and the Jewish community. The Foundation is providing funding for five years to support the work of three Tulane graduate students who will be working as part of the consortium effort.

A second U.S.-Israel Energy Center will be based at Northwestern University and focus on developing water technology. The third center will be at the University of Maryland and address energy storage challenges. The centers are managed by the Israel – U.S. Binational Industrial Research and Development (BIRD) Foundation.

The establishment of a joint U.S.-Israel Energy Center was first authorized by Congress in the U.S.-Israel Strategic Partnership Act of 2014 and subsequently funded by Congress through the efforts of U.S. Rep. Steve Scalise and Sen. Bill Cassidy. The U.S. Department of Energy and Israel’s Ministry of Energy signed an implementation agreement on June 25, 2018., establishing the Center. In February 2019, the DOE announced the BIRD Foundation as the Center’s operating agent.

“Promoting innovation in energy technologies is a mutual objective of Israel and the U.S.,” Aharon Aharon, CEO of the Israel Innovation Authority said in a statement. “These winning collaborations bring significant value for the development of the energy industries in both countries as well as the promotion of additional sectors through effective energy management.”