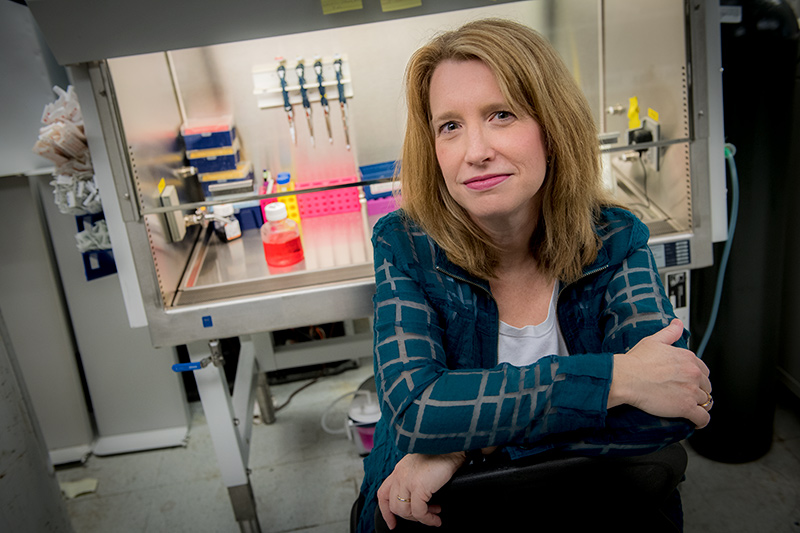 Anne Robinson, chair of chemical and biomolecular engineering at Tulane, will lead the Tulane team that will explore ways to lower the price of drugs. (Photo by Paula Burch-Celentano)

Tulane and three other universities have received a $6.1 million grant from the National Science Foundation to study ways to lower the cost of drugs for illnesses such as Crohn’s, breast cancer and multiple sclerosis.

Tulane is part of a team that will be led by Clemson University and include the University of Delaware and Delaware State University. The team will study better ways of engineering Chinese hamster ovary (CHO) cells, which are used to manufacture more than half of all biopharmaceuticals.

"These awards lay the groundwork for closing some of the biggest gaps in biological knowledge and developing interdisciplinary teams needed to address the challenges."

“CHO cells are very good at producing human proteins, but suffer from some stability issues – kind of like having a fancy sports car that doesn’t always run well,” said Anne Robinson, chair of the Department of Chemical and Biomolecular Engineering at Tulane, and a co-principal investigator of the study. “The overall goal is to improve the performance and have the same ability to produce human proteins that can be used for therapies, which will ultimately reduce costs.”

The project, which also includes team member Nicholas Sandoval, a chemical and biomolecular assistant professor at Tulane, aims to increase patient access to costly medication, while training undergraduate and graduate students and building a more diverse workforce skilled in the advanced biomanufacturing area.

“The team has deep experience in supporting underrepresented groups and is well-suited to mentor diverse junior faculty members and students,” Robinson said. “The grant will help support programs that deepen our commitment to creating a more diverse workforce.”

The awards will be used to study the relationship in organisms between genetic material and physical characteristics due to gene expression and environmental influences. This relationship has significant implications for new drug therapies, improved food crop yields and better prediction of human disease risk.