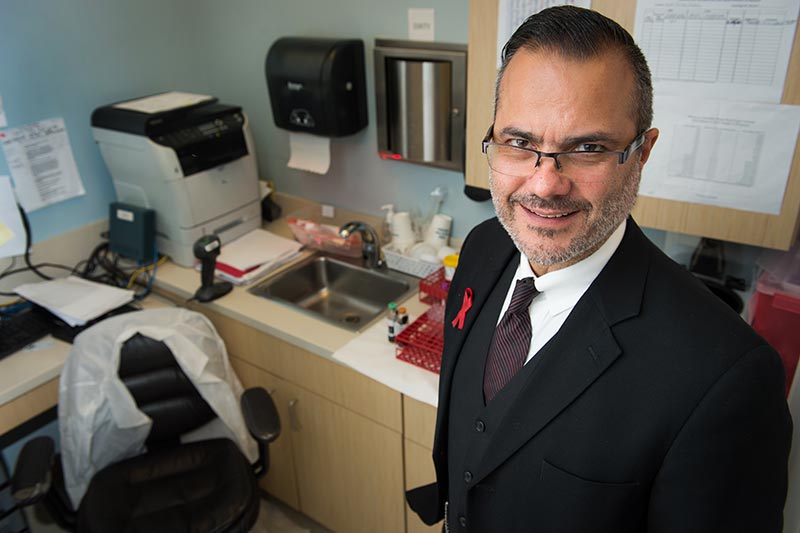 The latest issue of TIME magazine chronicles how Tulane’s T-Cell Clinic is playing an important role in fighting against HIV/AIDS in New Orleans, a city that consistently ranks among the top five in the nation for HIV infection rates.

The story, “Inside the Halting Fight Against AIDS,” highlights how the clinic, which is run by director Dr. MarkAlain Dery, works to de-stigmatize the disease by offering care within a full-service wellness center, the Ruth Fertel Tulane Community Health Center.

“Dery is testing an approach to disease management that’s mostly unheard of at HIV clinics in the U.S.,” writes medical reporter Alice Park. “Instead of simply offering HIV tests from a storefront shop in a high-risk neighborhood, for instance, the T-Cell Clinic operates out of a federally funded community wellness center at Tulane. T-Cell takes a whole-health approach to people with the virus, meaning that people who test positive for HIV are offered immediate treatment and given help to pay for it. Likewise, if those who happen to have HIV need routine medical care, they can visit the health center with the comfort that there are HIV experts on hand, should they need to see one.”

“New Orleans has the highest rate of people infected with HIV who are undiagnosed — 77 percent.”

The approach is modeled after other successful programs in cities such as San Francisco, where experts are working to get the number of new HIV infections down to zero. New Orleans is one of 11 cities across the U.S. committed to that goal of eradicating HIV by 2030.

Dery said HIV testing is the single most important strategy in reducing new infections. “New Orleans has the highest rate of people infected with HIV who are undiagnosed — 77 percent,” Dery told the magazine.

The clinic connects uninsured patients with the Ryan White Foundation, which helps with medications. No one is turned away for inability to pay.