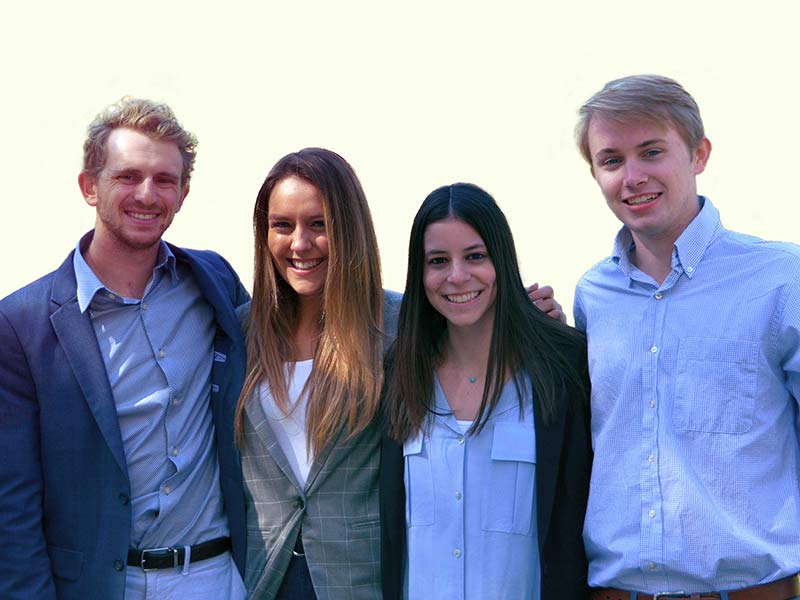 A team of biomedical engineering students at Tulane University has won a prestigious award at the annual Collegiate Inventors Competition, a program of the National Inventors Hall of Fame.

TrachTech — whose members are  Morgan Bohrer, Stephen Hahn, Michael L’Ecuyer, Alex Verne and faculty advisor Mark Mondrinos — won the Arrow Electronics People’s Choice Award for the invention of a specialized device to clean intubation tubes without the risk of extubation.

The team developed the device as a response to the ongoing COVID-19 pandemic, saying that with ventilators in high demand, it’s essential that these machines remain clean and safe.

"Our current plan is to continue advancing our prototype and testing to effectively prove its efficacy and begin looking for ways to introduce our product to the market.”

“In at least 84% of intubation tubes, biofilm buildup occurs, restricting airflow and increasing the likelihood that patients will develop ventilator-associated pneumonia (VAP),” the team wrote in its project description.  “(The device) is specifically designed to efficiently remove biofilms and debris from the tubes and maintain continued airflow from ventilators during the cleaning process.”

TrachTech was one of five winners in the competition, which was presented in a virtual format and judged by some of the most influential inventors and innovation experts in the nation. The Arrow Electronics People’s Choice Award comes with a $2,000 prize.

Hahn said he and his teammates began the project as their senior capstone for biomedical engineering. They started with the broad topic of intubation, then narrowed the project down to biofilm buildup on intubation tubes after consulting with medical professionals at Tulane Medical School and University Medical Center.

“Since then, we have been continually working to design, test and improve the project,” Hahn said.

The team recently completed a six-week cohort with the NSF LSU I-Corps Sites program, where students learned about the commercialization process. The program included such topics as patents and copyrights, licensing, customer identification, market research and possible startup opportunities.

“Our current plan is to continue advancing our prototype and testing to effectively prove its efficacy and begin looking for ways to introduce our product to the market,” Hahn said.

The team is also entering Tulane’s Novel Tech Challenge, which awards monetary prizes for the best ideas that improve the environment, health, education and urban infrastructure through technology.

As a new faculty member in the Tulane School of Science and Engineering, assistant professor of biomedical engineering Mark Mondrinos said he was honored to serve as the team’s advisor.

“I guided them in the process of testing and validating their device, but they did all the creative work,” he said. “We are hoping to publish their design and data in an academic journal. I am so proud of Stephen and the rest of the TrachTech team. They were my first senior design team as new faculty. I was lucky to wind up with such an excellent group of students.”