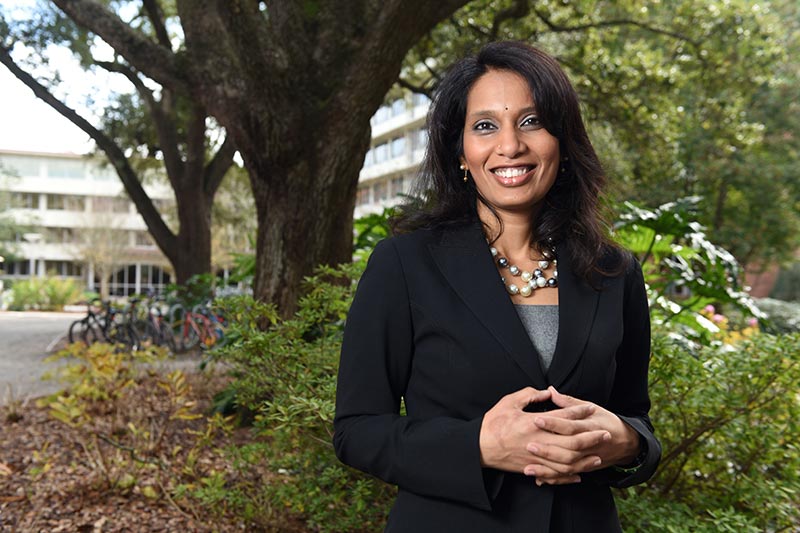 Anu Varadharajan, lecturer at the A.B. Freeman School of Business, is an expert in tax policy.

The following Tulane University experts are available to discuss the Russian subway explosion in Saint Petersburg, the Senate vote on the Supreme Court nomination of Judge Neil Gorsuch, the Trump Administration’s plan for tax reform as well as ongoing changes related to the United Kingdom’s withdrawal from the European Union.

Stephen Griffin, professor of constitutional law, is an expert in constitutional theory and history and presidential powers related to foreign policy. He can discuss the looming Senate fight over the confirmation of President Trump’s Supreme Court nominee Judge Neil Gorsuch and the fate of the filibuster.

“This showdown has been coming for a long time and reflects the intense politicization of the federal court appointment process not only in recent years but in the past few decades.”

Michael Wallace is director of the Homeland Security Studies program at Tulane School of Continuing Studies. A retired military intelligence officer with 20 years of active service, he is an expert in counter-terrorism, counter-proliferation, special warfare and intelligence collection and analysis.

“It’s always too early to tell in situations and events like this. However, I’ve seen reports that ISIS is claiming responsibility for this attack. If true, this would test Russia’s newly assumed role in Syria and the Middle East. This bomb was made to kill people, not to destroy the train. When you see bombs specifically designed to kill people, you are usually not dealing with terrorists who are ‘from’ that area. Terrorists (again usually) try to minimize casualties of whom they consider ‘their’ people. These bombs were designed to kill Russians.”

Economics professor Steven Sheffrin is a tax policy expert who can discuss President Trump’s plans for tax reform. Sheffrin has extensive experience with tax reform at a national, state and local level, having served in the Treasury Department under two administrations and taken part in tax reform discussions in California and Louisiana. He has published extensively on corporate tax matters, tax compliance, property taxation and tax fairness.

“If the Trump team goes with the House plan for a border-adjusted cash flow tax, they are taking a big gamble.   No one really knows for sure whether the predicted exchange rate adjustments will materialize, despite economists protestations.  And there also many other messy details to be worked out.  On the other hand, if they just try to cut rates by cutting other tax breaks or expanding the deficit, they will incur other opposition.  Either way, this will be a difficult task for them.”

Anu Varadharajan, a lecturer at Tulane University, has extensive experience on corporate and individual tax matters. She teaches graduate courses in tax policy for corporate, individual and legal entities.

“Tax policy is a very personal issue for all Americans. Previous governments have found that once tax breaks are given, they are very difficult to sunset. And funding tax breaks has not always gone according to plan. While a comprehensive review of the Internal Revenue Code is long overdue, how the changes affect taxpayer behavior remains to be seen.

"The repeal of the Alternative Minimum Tax will be a welcome change for many middle class families who have been gradually getting ‘trapped' by AMT since the AMT allowed deductions and threshold amounts had not changed for a long time. In the last couple of years, the AMT rates have been indexed to inflation, providing scant relief. Doing away with the AMT altogether will be a welcome change for individual tax payers.”

With respect to US corporations repatriating foreign cash, the last time they allowed an amnesty where the cash could come back to the US with minimal incremental tax, the amount remitted was significantly less than expected. Most companies continued to leave the cash outside the US for foreign growth. The Trump administration is again proposing a similar option – I’m not sure if the result will be significantly different this time around."

“British voters may have felt a loss of sovereignty in the EU, but all confederated states do.  Brexit however will not bring back the British Empire, the British navy or the British stature of the 19th century. Britain was magnified, not diminished, by EU membership, and the special relationship with the United States doesn’t change the economic and trade reality.”

"Brexit was a classic example of a country cutting off its nose to spite its face. While not catastrophic, the economic damage that Britain will sustain —particularly in but not limited to its financial-services sector—will entail considerable long-term consequences for the British economy as a whole. Worse, it will do nothing to distance Britain from the EU's damaging and ill-conceived adherence to economic austerity, which Britain has already embraced for other reasons.
Perhaps worst of all, it represents an abdication of Britain's leading role in Europe and will likely cement its status as a second-tier power. British hopes for regaining influence lost through Brexit through an alliance with the increasingly nationalistic and parochial United States are likely to be disappointed."