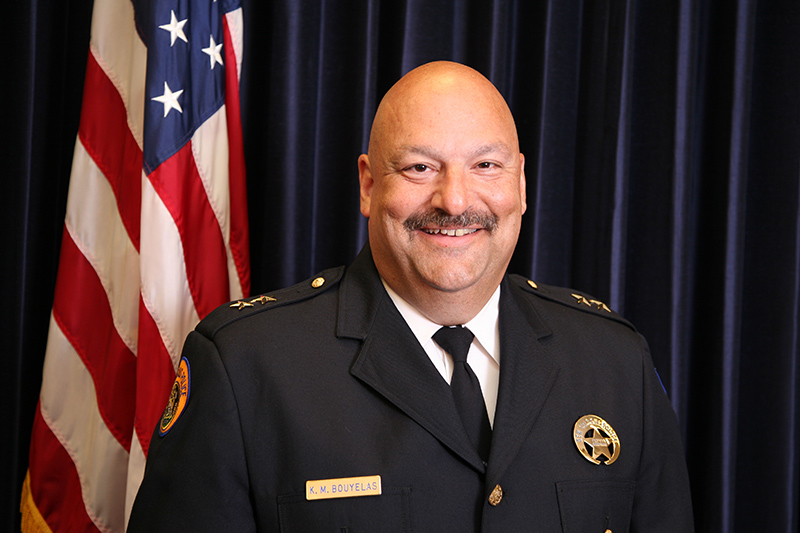 Kirk Bouyelas, a 31-year veteran of the New Orleans Police Department, will become chief of police at Tulane on Oct. 15.

Tulane University has named Kirk Bouyelas, a 31-year veteran of the New Orleans Police Department, as its new chief of police, effective Oct. 15.

“The chief of police is an important position at Tulane. In Kirk, we believe we have found an extraordinary law enforcement leader who will dedicate himself and his vast years of experience to keeping our community of students, faculty and staff safe,” Tulane President Mike Fitts and Senior Vice President, COO/Treasurer Patrick Norton said in a joint message to the university community.

Bouyelas is currently chief of investigations for the Orleans Parish District Attorney’s Office, where he directs and manages those who conduct follow-up investigations and assists the district attorney in preparing cases for prosecution.

Bouyelas, who received numerous honors and awards for his outstanding service and accomplishments at NOPD, has a bachelor of science degree in criminal justice administration and also serves as an adjunct instructor for the New Orleans Police Academy. At Tulane, he will lead a full-service law enforcement agency that provides police services to the uptown campus, the downtown health sciences campus and Tulane National Primate Research Center in Covington.

Fitts and Norton thanked the search committee that brought Bouyelas to Tulane, as well as representatives of thelocal law enforcement community who participated in the search process.