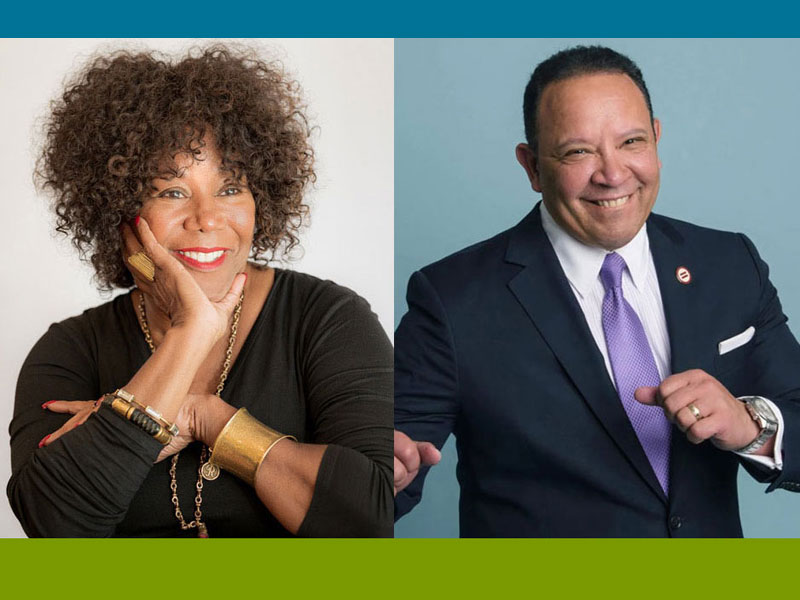 Ruby Bridges (left) and Marc Morial (right) will be the featured speakers in the next Presidential Speaker Series on Wednesday, July 22 from 5-6 p.m.

Tulane University President Michael Fitts will host the second installment of the Presidential Speaker Series— A Conversation with Ruby Bridges and Marc Morial— via Zoom on Wednesday, July 22 from 5-6 p.m. CDT. The event is free, but registration is required to participate. Please click here to register and submit questions to the authors. Space for the event is limited.

“As our city, university and country grapple with systemic racism, it is imperative that we learn from pioneers and leaders like Ruby Bridges and Marc Morial, whose experiences can inform our journey towards becoming a more actively anti-racist community,” said Fitts.

Bridges became a symbol of the civil rights movement when, at age six, she became the youngest of a group of African American students to integrate public schools in New Orleans by enrolling in William Frantz Elementary School.

Bridges was the eldest of eight children, born into poverty in Mississippi in 1954, the same year that the Supreme Court handed down its Brown v. Board of Education decision, which ruled that racial segregation in schools was unconstitutional. Of the six African American students designated to integrate William Frantz Elementary School, Bridges was the only one to actually enroll.

In 1993, she began working as a parent liaison at William Frantz Elementary School, which had by that time, become an all-Black school. Her memoir, Through My Eyes, was released in 1999, the same year that she established the Ruby Bridges Foundation to promote tolerance and create change through education. In 2009, she published the children’s book, Ruby Bridges Goes to School: My True Story. Bridges was awarded an honorary degree from Tulane University in 2012.

Morial is president and CEO of the National Urban League, the nation's largest historic civil rights and urban advocacy organization. Since his appointment in 2003, Morial’s Empowerment Agenda has worked to re-energize the league’s diverse constituencies to build on the strength of its nearly 100-year-old legacy and to increase its profile, both locally and nationally.

As the mayor of New Orleans from 1994 to 2002, Morial led a New Orleans’ renaissance and left office with a 70 percent approval rating. During his last two years in office, Morial served as president of the United States Conference of Mayors. In 1992, Morial served two years in the Louisiana State Senate, where he was recognized as Legislative Rookie of the Year.

Prior to his elected service, Morial worked as a private practice lawyer at Adams and Reese, one of the Gulf South’s leading law firms. One of his most noteworthy U.S. Supreme Court cases – Chisom v. Roemer – established that the Voting Rights Act be applied to the election of judges. This led to the election of the first African American judge in Louisiana. Morial is author of The Great Gumbo: 10 Leadership Lesson that Help You Unite, Inspire and Achieve (published in 2020).