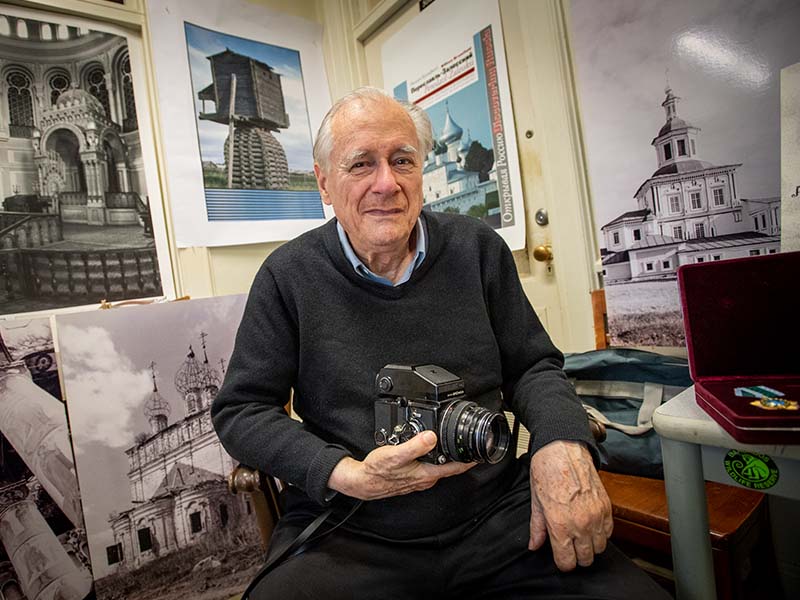 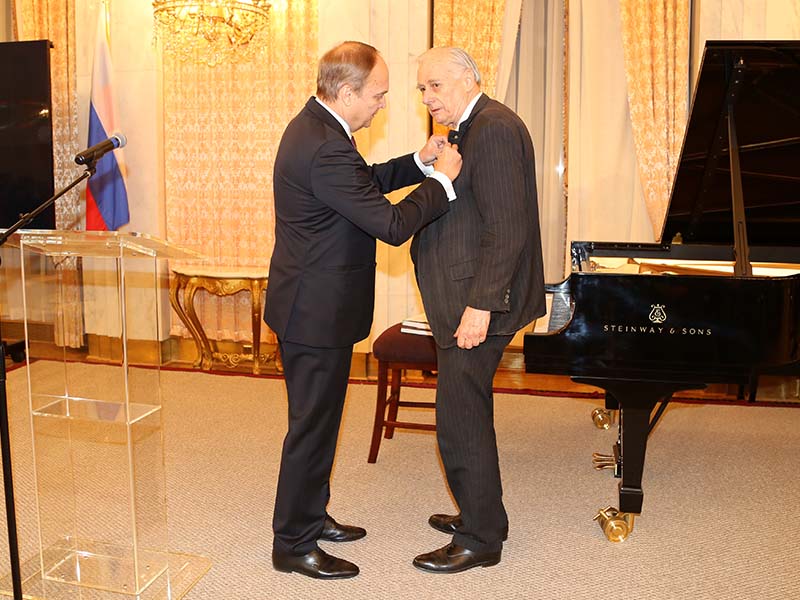 Russian Ambassador to the United States Anatoly Antonov (left) presents Tulane professor William Brumfield with the Order of Friendship medal during a ceremony at the Russian Embassy in Washington, D.C. (Photo courtesy of the Embassy of Russia in the USA)

Tulane University professor and contemporary American historian William Brumfield has spent much of his life traveling the vast and remote lands of Russia and documenting its unique architecture, history and literature. On Thursday, Dec. 5, Brumfield’s nearly 50 years of work and dedication was recognized by the Russian Federation during a ceremony at the Russian Embassy in Washington, D.C., where Russian Ambassador to the United States Anatoly Antonov presented Brumfield with the Order of Friendship medal, the highest state decoration of the Russian Federation given to foreign nationals.

The Order of Friendship was established in 1994 by Boris Yeltsin to reward Russian and foreign citizens whose work, deeds and efforts have been aimed at the betterment of relations with the Russian Federation and its people. Brumfield shares the award with notable Americans such as Rex Tillerson (former U.S. Secretary of State), James W. Symington (former member of the U.S. House of Representatives) and Van Cliburn (renowned pianist), as well as Russian cosmonaut Valentina Tereshkova, the first woman in space.

"Today it’s a great honor for us to present Professor Brumfield with a high state award of the Russian Federation - the Order of Friendship in accordance with the Russian presidential decree signed on Oct. 26, 2019, for achievements in strengthening friendship and cooperation between the nations, fruitful activity in conciliating and mutually enriching the cultures of our nations and peoples. Please accept our most cordial congratulations," Antonov said.

“I would like to thank Ambassador Antonov and the Russian Federation for this very prestigious honor,” Brumfield said. “This is a tremendous award. Since my first trip to Russia as a graduate student in 1970, I have been able to compile a unique photographic archive, and my work is preserved for future generations at the National Gallery of Art. I am very appreciative of Russia for the opportunity over the decades to document their cultural heritage. I look forward to a continued relationship and further endeavors in the area of Russian culture with their cooperation. Today, we need this more than ever.”

Brumfield, who joined Tulane in 1981, is the professor of Slavic Studies and Sizeler Professor of Jewish Studies in Tulane’s School of Liberal Arts. In 2000, he was awarded the John Simon Guggenheim Memorial Fellowship in Russian History. His extensive work has led to an inventory of over 10,000 Russian architectural landmarks, and he has written 40 books published in both Russian and English.

The basic collection of Brumfield’s photographic work, over 150,000 images at present, is held in the Department of Image Collections at the National Gallery of Art in Washington, D.C.  The Library of Congress also features his photographs of the Russian North and Siberia. Brumfield’s work has been exhibited at many galleries and museums in the U.S., Russia, France and Canada. 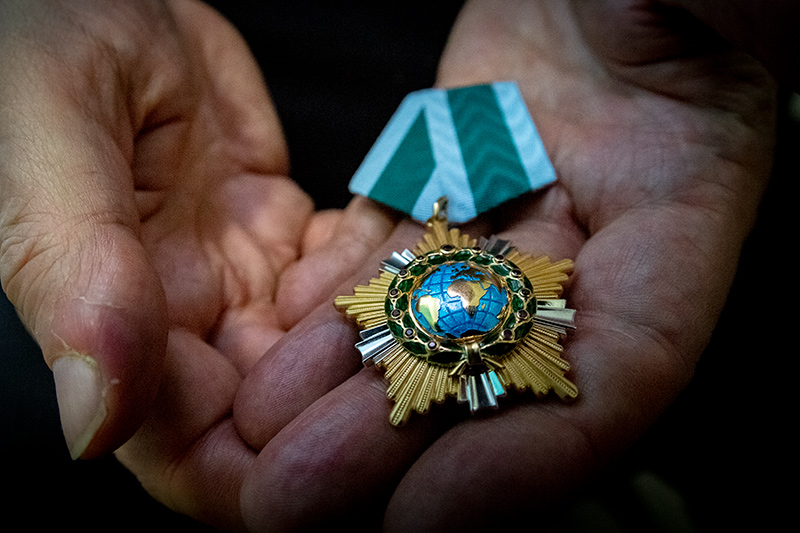 The Order of Friendship medal. (Photo by Paula Burch-Celentano)