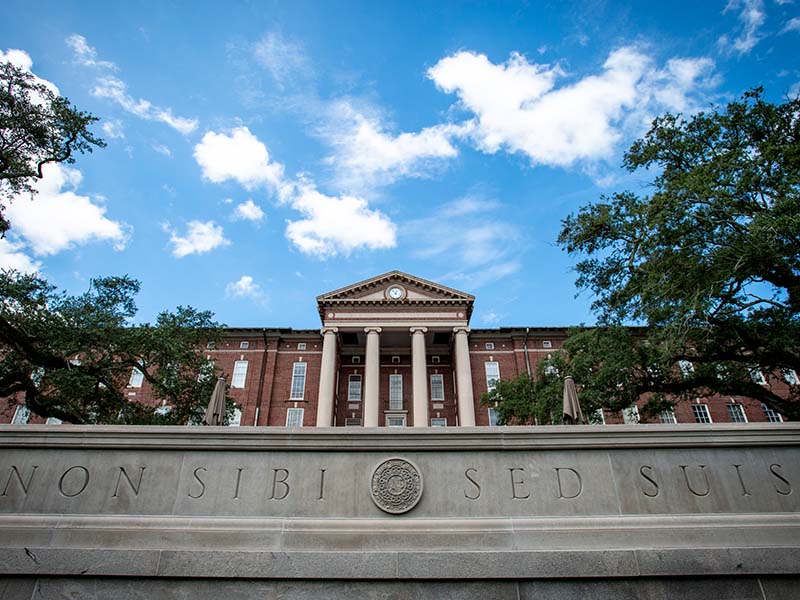 Tulane University’s fundraising efforts yielded $127.8 million for 2019-2020, including gifts that totaled $3.5 million towards four new funds in support of COVID-19 research and diversity, equity and inclusion. (Photo by Paula Burch-Celentano)

The coronavirus pandemic has deeply impacted all of higher education. Perhaps at no other time in our nation’s history have institutions of higher learning faced such financial challenges. Income at many universities and colleges has been substantially reduced at a moment when financial needs have also exploded. Schools must now fund greater health protections for their community, increase financial aid for struggling families and cover for decreased government support.

Despite the economic environment, Tulane University, through very careful financial planning and the incredible support from alumni and donors, has been able to not only protect its own academic community with a huge investment in safety infrastructure but also pursue critical initiatives such as combatting COVID-19 and furthering racial justice.

Because of the incredible support of alumni and friends, Tulane raised $127.8 million from 22,966 donors during the 2019-2020 fiscal year, the third-highest amount achieved by the university in a single year. This marks the fourth-straight year the university’s fundraising has exceeded $120 million in combined gifts, and Tulane has now received donations from 20,000-plus alumni, parents and friends in each of the last four years.

"We are so grateful for the generosity of so many which empowers all the good that we do, especially during these trying times.”

“These are some of the most difficult times to fundraise due to the harsh economic realities brought about by the COVID-19 pandemic,” Tulane President Michael Fitts said. “Yet our supporters recognize the importance of supporting Tulane and the vital role the university plays in the fight against COVID-19 and so many other challenges that face society today. We are so grateful for the generosity of so many which empowers all the good that we do, especially during these trying times.”

Amid the global pandemic and protests of racial injustice in America, Tulane has created four new funds in support of COVID-19 research and diversity, equity and inclusion from donors all around the world with gifts that totaled $3.5 million.

The four new funds include the Student Emergency Aid and Assistance Fund, the Healthcare Heroes Fund, the Emerging Research in Infectious Disease Fund and the Tulane Fund for Equity and Diversity. The Emerging Research in Infectious Disease is a fund to support the research priorities of researchers whose vital projects are most in the most need of support.

Tulane moved closer to fulfilling its goal for the Only the Audacious: The campaign for an ever bolder Tulane, the most ambitious campaign in its history. The university has now raised $1.17 billion toward its goal of $1.3 billion. To date, nearly $300 million of the campaign’s overall commitments will support innovative research, while a little over $100 million has been earmarked for endowed scholarships.

“We’re closing in on a historic achievement — the fulfillment of the $1.3 billion Only the Audacious campaign. It’s been wonderful to see how Tulanians have risen to that challenge, and wonderful, too, to see how Tulane has created funds earmarked specifically to combat some of the major challenges of today,” said Catherine D. and R. Hunter Pierson, Jr., co-chairs of the Only the Audacious campaign.

Tulane’s annual day of giving, Give Green: A Day for the Audacious, was once again a huge success for the university and its supporters. A total of 2,125 donors, including 420 first-time supporters, contributed over $1.1 million in 24 hours. This year’s total was a 43-percent increase over the amount received in 2019. Tulanians from all 50 states, Washington, D.C., Puerto Rico and 11 other countries contributed over 2,700 gifts.

Once again, donors gave more money to the Tulane Fund than ever before, contributing over $14 million. The annual fund is the university’s largest source of unrestricted support and helps provide funding for programs and services critical to the university and enables us to respond to pressing challenges such as those faced during COVID-19.

“This year’s outstanding numbers just go to show what Tulane supporters have known for a long time – that Tulane is worthy of investment,” said Virginia “Ginny” Wise, senior vice president of Advancement. “The devotion of Tulane’s committed community of donors is truly beyond measure. Their support in such a challenging year is a marvelous vote of confidence in Tulane’s bright future.”