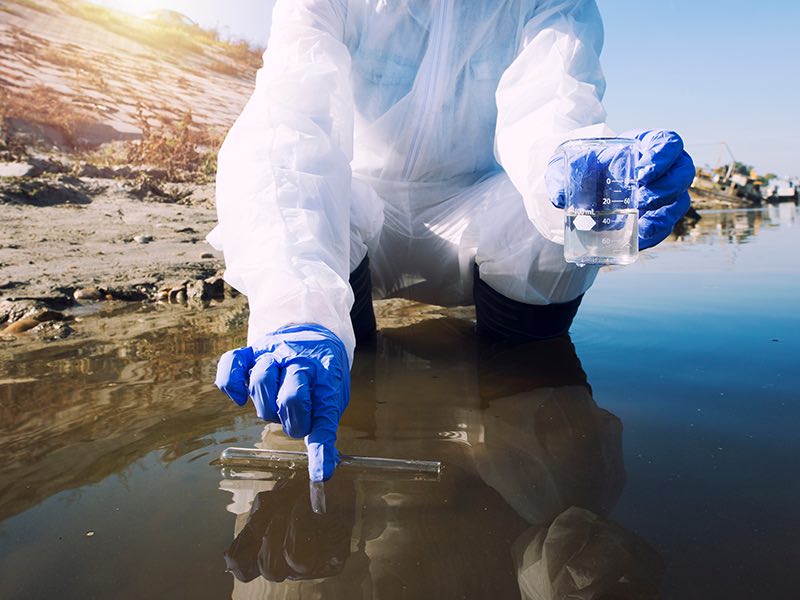 The National Science Foundation has awarded a Tulane University researcher a RAPID grant to study how pollutants from flooding caused by Hurricane Ida may have affected groundwater and water systems in south Louisiana.

Louisiana and other coastal states face hazards like superstorms and hurricanes that can expose groundwater and water systems to chemical or microbial contaminants that may have serious implications on human health.

Samendra Sherchan, associate professor of environmental health sciences at Tulane University School of Public Health and Tropical Medicine, will lead a team collecting water samples at more than 150 sites in Houma, LaPlace, Slidell and other areas at different time intervals during the next 6 months to gain a better understanding of the impacts of extreme flooding on water quality and the mobilization of contaminants in coastal groundwater systems. Ida made landfall as a Category 4 storm near Port Fourchon, Louisiana, on August 29, bringing coastal storm surges, heavy rainfall and catastrophic flooding in many rural areas in Southern Louisiana.

"Such large-scale flooding has the potential to transport chemical agents and microbial pathogens and contaminate groundwater,” Sherchan said. “This project is a time-sensitive and unique opportunity to collect perishable data and improve understanding of the extent of contamination in floodwaters from inland areas to groundwater. A lot of these cities close to Louisiana have manufacturing and chemical facilities, so there’s a possibility that water could have been contaminated during the storm.”

The research team has already started to collect hundreds of samples to determine potential sources of fecal pollution, heavy metals and other contaminants. They will also use genetic testing to characterize how the storm may have affected the microbial community in groundwater. Over the next year, the team will also map the spatial distribution of chemical and microbial contamination to identify households at risk of toxic contaminant exposure following Hurricane Ida.

“Some households have wells that are private and are not regulated like public systems,” Sherchan said. “People who have private wells are responsible for maintaining their water quality and after extreme weather events, some might not be able to or know how to disinfect and recover so this project will address that too.”

Sherchan and his team plan to educate any residents near wells that test positive for chemical or microbial contamination about what resources are available to them and how they should address maintaining their wells after extreme flooding events.