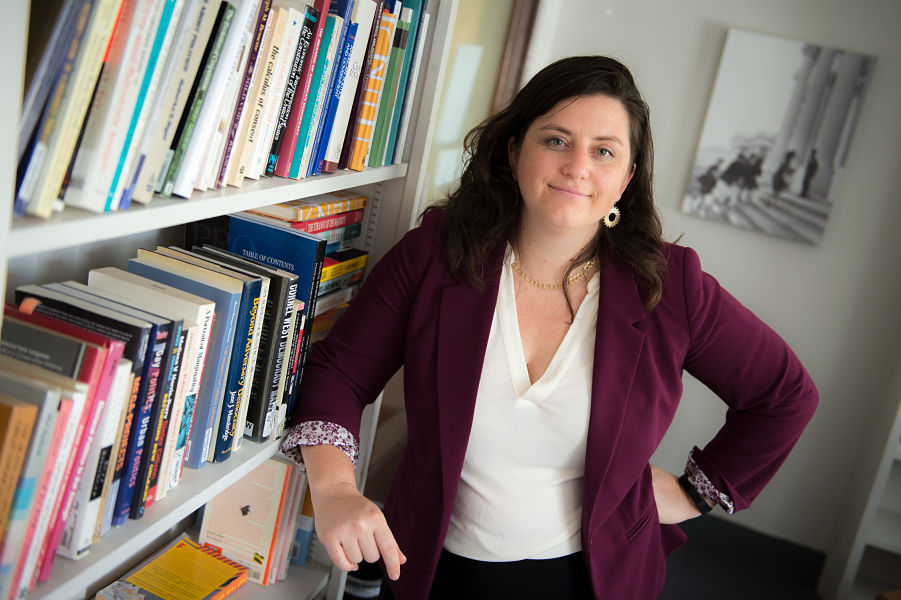 Mirya Holman, assistant professor of political science, says it's important to understand what challenges women in politics face at the local and state levels.

A workshop being hosted by Tulane University will take a close look at the challenges women candidates face when running for state and local office. More than 25 scholars from around the country are coming to Tulane for the two-day event sponsored by the Newcomb College Institute and Louisiana State University’s Reilly Center.

The workshop will feature about a dozen papers, covering topics including candidates of color, representation of the working class, and the role of gender in elections. In addition to looking at elections in the United States, scholars will discuss politics in Germany, Canada and Brazil.

“We have right now a critical mass of scholars at Tulane,” Holman says. “This is a unique circumstance where we have enough people that we could provide a conference and have great feedback. This is not something that a lot of universities can provide.”

Holman says it’s important to study politics at the local and state level, to understand how women can reach the highest levels of government.

“If you want more women to be elected to national office, you really should be focusing on electing them to local and state level office, so they get the experience necessary to be a competitive candidate,” Holman says.

For more information about the Women in Subnational Politics workshop, click here.